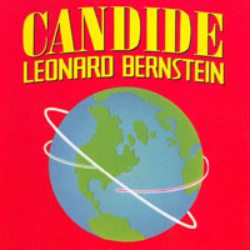 
The Performing Arts Department has announced the cast for its April production of Leonard Bernstein’s classic operetta “Candide.”

The musical will be performed April 4-6 and April 11-13 in the Performing Arts Department’s temporary main stage theater location in Old Main Brown Auditorium. Friday and Saturday performances will begin at 8 p.m. and Sunday matinee performances will start at 2 p.m. Doors will open a half hour prior to show time.

Tickets for “Candide” are now on sale at The Bling Store, located at 101 Main St. in downtown Cortland, and will be available at the Brown Auditorium box office before each performance. Admission for the musical is $18 for the general public, $15 for senior citizens and SUNY staff, and $8 for all students.

Based on the novella of the same name by Voltaire, which was published secretly in 1759, “Candide” first was performed on Broadway in 1956.

“‘Candide’ has a wild and fascinating history,” said Kevin Halpin, director-choreographer for the SUNY Cortland production. “Some of the greatest writers and musicians of our time had a hand it its creation. Oddly enough, both the 16th century novella and the 20th century operetta enjoyed great success as well as great scandal. The story contains religious blasphemy, political sedition, mixed with intellectual hostility, all hidden under a thin veil of naiveté. It attempts to show us ‘the best of all possible worlds.’ In short, it’s got a little something for everyone.”

Over the years, there have been many contributors to the show’s lyrics, including poet and satirist Dorothy Parker, composer Stephen Sondheim and Bernstein himself, who was one of the earliest American conductors to receive worldwide acclaim.

The cast is comprised of SUNY Cortland musical theatre majors, including Ben Shimkus as Candide, Melissa Pipher as Cunégonde, Catherine Skojec as Paquette and Jacqui Fisher as Old Lady. William Rivera will play the part of Maximilian, Joey Gugliemelli will appear as Voltaire and Pangloss, Alejandro Circelli is the Governor, David Newman is the Baron and Hailey Berkowitz is the Baroness as well as the understudy to Old Lady.