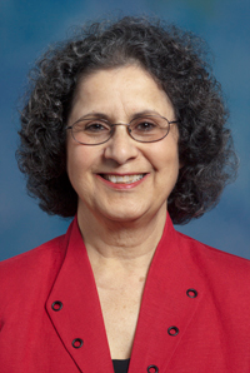 
Suad Joseph ’66, an anthropologist whose groundbreaking research in her native Lebanon has focused on the politicization of religion and the status of women, becomes the 11th inductee into the SUNY Cortland Academic Hall of Fame.

Joseph, who is the founding director of the Middle East/South Asia Studies Program at University of California at Davis (UC Davis), will be recognized on Monday, April 2, when she will address the President’s List reception, an event honoring the College’s students earning the highest grade point averages the previous semester. The reception begins at 4 p.m. in the Corey Union Function Room.

She earned a doctorate in anthropology from Columbia University, having focused her research on the political development of minority groups, political and urban anthropology, and the history and culture of the Middle East.

She served on the faculty of Hofstra University before joining UC Davis in 1976. A professor of anthropology and women and gender studies, Joseph has studied the politicization of religious sects in Lebanon and the connections between religion, ethnicity and state. That work led her to study the impact of women and family on religion and state and their impacts on subject-making in the Middle East.

Current research projects include analysis of the representation of Muslims in United States print news media from the 1850s to the present. She continues to work on a 17-year longitudinal study of how children in a village of Lebanon learn their notions of rights, responsibilities and citizenship in the aftermath of the Civil War, and the ramifications for families who migrate to the United States and Canada.

Joseph founded the Arab Families Working Group, consisting of 16 scholars undertaking comparative, interdisciplinary research on Arab families in Palestine, Lebanon, Egypt and the U. S.; the Middle East Research Group in Anthropology, which became the Middle East Section of the American Anthropological Association; the Association for Middle East Women's Studies; and a consortium of five universities in Egypt, Lebanon and Palestine with UC Davis.

She served as president of the Middle East Studies Association of North American from 2010 to 2011 and is currently past president of MESA.

Joseph is the founding general editor of the Encyclopedia of Women and Islamic Cultures (Print Edition 2003 to 2007) and EWIC Online (Online Edition 2010-on going). Her edited books include Gender and Citizenship in the Middle East (2000) and Intimate Selving in Arab Families: Gender, Self and Identity (1999). Her co-edited books include Women and Power in the Middle East (2001). Her co-edited books and several other works were translated into Arabic.

UC Davis honored her service with its Graduate Mentor Award from the Consortium for Women and Research, the Distinguished Scholarly Public Service Award and the Chancellor’s Award for Diversity and Community.

Joseph has shared her knowledge with SUNY Cortland faculty and students as a faculty-in-residence and currently advises the Center for Gender and Intercultural Studies and the editors of Wagadu: A Journal of Transnational Women and Gender Studies. SUNY Cortland’s Alumni Association presented her with a 1994 Distinguished Alumni Award.