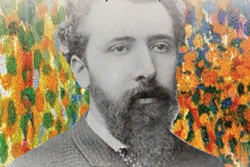 
SUNY Cortland’s Performing Arts Department will present “Sunday in the Park with George,” a musical based on the book by James Lapine, with music and lyrics by Stephen Sondheim.

Based on Georges Seurat’s famous painting, Lapine’s Pulitzer Prize-winning play portrays Seurat at work on his famous painting while the fascinating drama of his life unfolds around him. The Grammy award-winning score moves the audience through time as they celebrate life, love and the creation of art.

The director is Mark S. Reynolds and musical direction is by Frederick Willard. Myra Giorgi is the set designer; Preston Mayre is the technical director; Joel R. Pape is the lighting and sound designer; Gretchen Darrow-Crotty is the costume designer; Beth Gailor is the properties designer; and Mark Abrahamson is the stage manager.

Admission is $19 for the general public, $16 for seniors and SUNY staff, and $9 for all students and children.