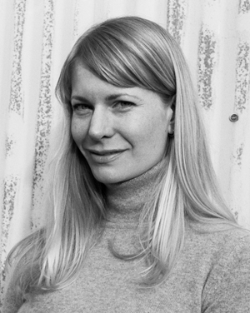 
California author Julia Scheeres will share her unconventional thoughts on a shattering moment in history, the Peoples Temple mass murder-suicides of the late 1970s, during a talk titled, “Jonestown: the Untold Story,” on Tuesday, Oct. 26, at SUNY Cortland.

The talk was rescheduled from Monday, Oct. 25.

Scheeres, who is currently writing a book about the Nov. 18, 1978, tragedy involving followers of an American cult led by Jim Jones in northwestern Guyana, will speak at 7:30 p.m. in Old Main Brown Auditorium.

Part of the yearlong series on the theme of “Re-Education” presented by the College’s Cultural and Intellectual Climate Committee (CICC), the talk is free and open to the public.

Scheeres, a frequent reviewer for the New York Times Book Review, will discuss her research on the event in which 918 people died, most by apparent cyanide poisoning, in connection with the Peoples Temple Agricultural Project, informally called Jonestown.

She also will play audiotapes of Jones speaking to his “congregants,” as well as show home movies that the Jonestown residents made of themselves.

Her forthcoming book is based on the 50,000 pages of documents the FBI collected in Jonestown after the massacre, including diaries, agriculture reports and meeting notes as well as hundreds of tapes Jones recorded of himself addressing the residents.

“The FBI released the documents recently, and I am reconstructing the last year of Jonestown's downward spiral with them, following four people who lived there,” Scheeres noted.

She also is the author of the New York Times bestseller Jesus Land, a memoir about her relationship with her adopted black brother, David. The book explores their childhood in a small Indiana town and their stint, as teens, at a Christian reform school in the Dominican Republic. It also examines the themes of race, fundamentalist religion and the sustaining bond of sibling love.

Scheeres lives in Berkeley, Calif., with her husband and two daughters. She works at the San Francisco Writers’ Grotto.

Additional support for the “Re-Education” series is provided by the Campus Artist and Lecture Series, the Clark Center for International Education, the Auxiliary Services Corporation and the Cultural and Intellectual Climate Committee.