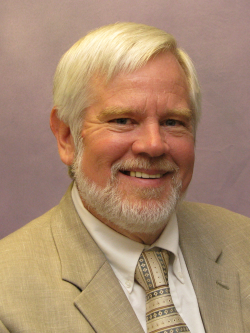 
Robert L. Rubendall, who has spent 30 years overseeing environmental and experiential education at highly respected institutions in New England and Wisconsin, was named the director of outdoor education at SUNY Cortland on June 1.He replaces Jack Sheltmire M ’73, who will retire on June 30 after serving the College since 2000.

The Rindge, N.H., resident most recently served as director of the Boston University Sargent Center in Peterborough, N.H., from 1995 until 2009.

Reporting to Provost and Vice President for Academic Affairs Mark Prus, Rubendall oversees the operation of outdoor and environmental education facilities under the umbrella of the SUNY Cortland Center for Environmental and Outdoor Education. Created in 1991, the center promotes campus-wide awareness and a commitment to environmental outdoor education while also managing the College’s outdoor/environmental facilities.

The center includes: the Outdoor Education Center, encompassing Camp Huntington, Antlers, and Kirby Camp on Raquette Lake located within the Adirondack Park and 155 miles northeast of the Cortland campus; the Brauer Education Center near Albany, N.Y.; and Hoxie Gorge Nature Preserve south of the campus in Cortland County.

Residing at Camp Huntington, Rubendall will make periodic visits to the other facilities. He is responsible for scheduling facilities usage, overseeing lodging operations, managing five budgets, supervising five staff members, marketing and promoting the facilities, engaging in fundraising activities and arranging for some maintenance tasks. He will work with the New York State Parks and Recreation and Historical Preservation Office and the National Parks Service to ensure that the upkeep, maintenance and renovation of the Camp Huntington facility is consistent with its historical landmark designation.

A native of Halifax, Pa., Rubendall was the 1970 valedictorian of Halifax High School. He earned a Bachelor of Arts in Economics and English in 1974 from Amherst (Mass.) College, where he played varsity lacrosse for three years.

Early in his career, he was an independent contractor and consultant in adventure-based and experiential education. He served as an instructor for the National Outdoor Leadership School and as program director for a community youth center. An adjunct faculty member for two accredited colleges, Rubendall was a team member of a start-up adaptive Outward Bound program for a high school counseling project. He became a certified emergency medical technician.

He subsequently served two years as director of experiential education at the Institute for Family/Life Learning in Danvers, Mass. Rubendall developed and delivered a therapeutic, experiential education curriculum for a residential home for emotionally challenged adolescents. He built a ropes course, purchased all equipment, trained support staff and managed a budget.

Rubendall received a Master of Education in Leisure Studies and Recreation from Boston University in 1983.

That year he joined George Williams College’s Lake Geneva Campus in Williams Bay, Wis., as assistant program director for one year and as director of program services for the following nine years. As director, he managed three educational and recreational programs for a large educational field campus and supervised seven staff members. He brought a successful Elderhostel program onto campus and generated significant new revenue.

He became associate director for special programs at Elderhostel, Inc., in Boston, Mass., where for the ensuing year he created and implemented a risk management assessment and program evaluation system. He also provided training and tools for use by 40 state coordinators.

As director of the Boston University Sargent Center, Rubendall oversaw the operation of a $2 million resident outdoor education center with more than 10,000 annual guests. He managed a staff of 30 full-time staff members and oversaw four separate programs, food service, facilities and planning.

A long-time member of the Boulder, Colo.-based Association for Experiential Education, Rubendall is a frequent conference presenter and occasional organizer who convened the 1999 annual conference in Rochester, N.Y., where he was awarded the organization’s Servant Leader of the Year Award. He served on its board of directors as a member and treasurer from 2005-09. A member of the Greater Peterborough Chamber of Commerce, he chaired its Education Committee. Rubendall was vice president of the Conval Community Scholarship Foundation from 2006-09.

He and his wife, Susan, a practicing nurse in Keene, N.H., have been married for 28 years. They have a son, Jesse, a senior in tourism and hospitality management at Boston University.