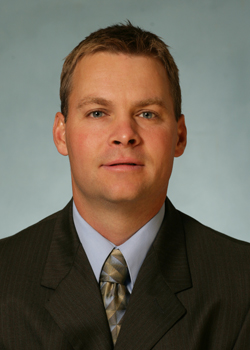 “(Mike) will continue to provide vision and guidance for SUNY Cortland’s Division III intercollegiate athletics program,” said Mark J. Prus, provost and vice president for academic affairs. “He will develop and lead the athletics program with an emphasis on academic achievement, integrity and a commitment to excellence and distinctiveness.”

The Ilion, N.Y., native was a standout baseball outfielder for the Red Dragons from 1990-93 and also served as an assistant baseball coach for 10 seasons. As a player, Urtz earned All-SUNYAC, all-state and all-region honors in 1992, and as a senior in 1993 he helped the Red Dragons win the ECAC Upstate New York title and qualify for the NCAA Division III playoffs. A team captain that season, Urtz earned All-SUNYAC and all-region awards.

Urtz and his wife, Charlene, have three children and reside in Cortland.