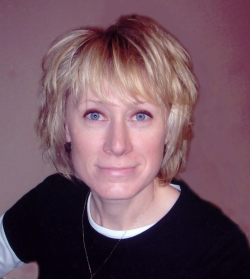 The competitive, statewide award is granted to students who display strong leadership skills and are active in improving the field of early childhood care and education. Honorees were recognized during the annual NYSAEYC conference on April 30 at the Turning Stone Resort and Conference Center in Verona, N.Y.

Barber is pursuing a degree in early childhood education at SUNY Cortland.

“She has impacted her fellow students and the children of our community in countless ways,” says Patricia Gridley, a Cayuga Community College (CCC) professor and president of the Syracuse Association for the Education of Young Children (SAEYC), a division of NYSAEYC.

“She is a kind and caring individual who is passionate about children and the early childhood profession,” said Gridley, who nominated Barber for the award.

Barber said she began as a business major at CCC, but reconsidered and pursued her passion for working with children. She graduated with an associate’s degree in early childhood education in 2009.

While there, Barber sponsored two very successful book sales and a Rock-A-Thon fundraiser to benefit the CCC Child Care Center.

Barber, who continues to work at the facility as an assistant teacher, also regularly attends NYSAEYC Conferences and develops poster displays advocating fundraisers that benefit children in the Auburn area. She also serves on the SAEYC Board of Directors.

In her personal life, Barber has volunteered as a religious education instructor, a co-ed kindergarten basketball coach, and summer vacation bible school instructor.

She and her husband, John, have a child in elementary school.