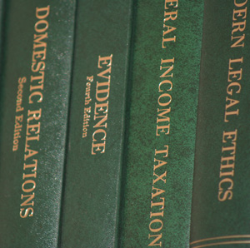 
Moot court will return to SUNY Cortland this fall as a chance for juniors and seniors from all disciplines to hone their public speaking and analytical skills while arguing a case that has or might have appeared before the U.S. Supreme Court.

The course, POL 489, returns after a two-year hiatus to give students a head start on a legal career while trying to best their collegiate peers throughout the northeast.

The 3-credit-hour, fall semester program wasn’t held in 2012 and 2013 but is back this year, open to students in any major of at least junior status.

Before each competition, two-person moot court teams are presented with a real or fictional Supreme Court case. They are in charge of preparing arguments for both sides, based on real-life cases cited in the competition brief.

Everything about the class leads up to that final day in court, making it a valuable experience for the College’s students who aspire to become attorneys.

“Moot court provides a transforming educational experience by equipping student participants with the ability to think on their feet about complicated issues, and provides informative and helpful responses to legal decision makers,” said the course’s new teacher, Timothy Delaune, assistant professor of political science and the College’s pre-law advisor.

Delaune aspires to field up to five teams at future regional and national competitions.

In the weeks leading up to the next moot court in November, he will pepper the students with tough questions that the moot court judges might ask.

“They will have to respond to questions about their positions on the fly,” Delaune said. “Through moot court, we hope to build students’ confidence in their ability to convince people using careful and ethical persuasive techniques.”

“It gives a good introduction to what law school might be like,” said former moot court participant Kyle Martin ’12 of Fulton, N.Y., a former political science major who this fall will study law at Wake Forest University in Winston-Salem, N.C.

“You get to argue your case in front of a panel of real-life attorneys and judges and receive their feedback,” said Martin, who since graduation has served as a file clerk at McGivney & Kluger, P.C.’s Syracuse, N.Y., office. “You also read Supreme Court cases and brief them. For anyone who plans to go to law school, that is what they will be doing.”

Martin took the course twice and competed both in 2010 and 2011 moot court regional competitions at Fitchburg State University in Massachusetts.

A lawyer, Delaune’s own preparation consists of six year of practice in civil litigation and transactional work as well as legal scholarship that includes an M.A. in law and diplomacy and a doctorate in political science, where his primary area of research was jury nullification.

Christopher Latimer, a former associate professor of political science at the College, launched the course in 2009. He ran the program for three years and presently chairs political science at Framingham State University. Contacted recently, Latimer estimates that 28 students participated in the College’s moot court, several of them twice.

The class prepares students for more than a legal career.

“You don’t have to be a political science major,” said Patrick Herring ’12, a graduate from Lynbrook, N.Y., who majored in history and minored in civil liberties.

“I took it to challenge myself in oral communications, to break away from my shyness about presenting arguments in front of people and to see if I could handle the kind of pressure and research required to do well at the competition end,” Herring said.

Herring served on one of two 2011 moot court teams that almost made it to the final eight competitors. Both teams contended for a second day, after the field had been narrowed to 16, before being eliminated. SUNY Cortland also stood out in 2010 when Danielle Singer ’12 placed sixth out of 82 competitors at the Moot Court Regional Competition.

“I definitely consider moot court to be a turning point in my career,” Herring said.