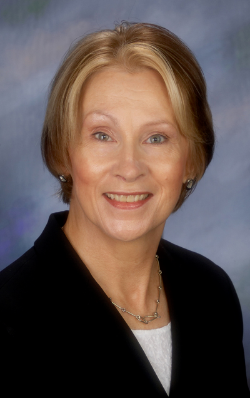 The 10-member College Council has certain supervisory responsibilities at SUNY Cortland which include: recommending candidates for appointment as president of the College; reviewing major plans for operation of the College properties; reviewing proposed budgets requests; fostering the development of advisory citizens' committees; naming buildings and grounds; and making or approving regulations governing the conduct and behavior of students.

Compagni has presented many papers at regional and national conferences on subjects including the connections between literacy and modern technology.

She earned a Bachelor of Arts in Early Secondary English and a Master of Arts in English from SUNY Cortland and a Doctor of Philosophy in Public Communications from Syracuse University.

Compagni currently serves as secretary on the Cortland College Foundation Board of Directors. She was appointed to the board in 2004. Compagni fulfilled a prior term from 1997-2001, when she was vice-president from 2000-01.

In the community, Compagni has served the Cortland Memorial Foundation Board of Directors since 2006 on its development, budget and scholarship committees. She joined the YWCA of Cortland Board of Directors in 2001, was president from 2006-08, and chaired the Community Relations and Annual Women in History Essay Contest Committees.

A member of Zonta Club of Cortland since 1997, she chaired its Scholarship Committee and was a member of the Public Relations and Senior Assistance Committees.

From 1992-2001, Compagni was on the board of directors of Nu Sigma Chi, SUNY Cortland’s longest surviving local sorority. She has served on the Cortland Arts Council and the Cortland County Child Development Subcommittee. Compagni is a member of the Center for the Arts, Cortland County Historical Society and the Lime Hollow Nature Center.

She and her husband, Joseph, have two children, Stephen Compagni and Laura Compagni-Sabella.