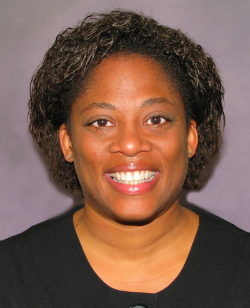 Paley, who joined the College in September 2008 as a lecturer in the departments of Africana Studies and Philosophy, will continue in that capacity while a search for a permanent director is conducted in the coming year.

Reporting to C. Gregory Sharer, the vice president for student affairs, Paley is responsible for developing and implementing programs, workshops and services to enhance awareness and appreciation of diversity, multiculturalism and pluralism. She coordinates intellectual discourse among students, faculty and staff to promote the social benefits of diversity and multiculturalism. She also serves as a student advocate to ensure fair and equitable treatment and investigates ways to increase multicultural representation and enhance student graduation rates. Paley advises student organizations and supervises a professional staff member and student workers.

SUNY Cortland students honored her in the spring as an “Exemplary Woman of Color.”

She is currently pursuing a doctorate in philosophy, interpretation and culture on a Clark Fellowship at SUNY Binghamton, where she previously earned a Master of Arts in Philosophy and a Bachelor of Science in Human Development. She has served as a graduate teaching assistant there.

Paley grew up in Endicott, N.Y., where she currently lives with her husband, Michael. They have five children: Ben, Kendra, Matt, Josh and Morgan; and one grandchild, Liam, daughter of Ben and daughter-in-law Kim.