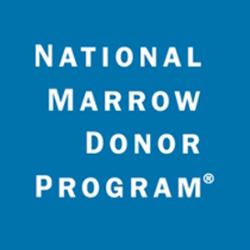 
The SUNY Cortland football team is calling on the local community to get in the game and join the fight against diseases affecting bone marrow, such as leukemia.

The program will host its fourth annual “Get in the Game, Save a Life” National Marrow Donor Program Drive from 11 a.m. to 2 p.m. on Saturday, April 28, in Corey Union. The drive aims to add to the nearly 20 million people worldwide listed as potential donors and the two successful match stories SUNY Cortland has claimed over the past couple of years.

Joining the bone marrow registry is easy and pain-free; volunteers simply need to swab the inside of a person’s cheek for 30 seconds.

But while there are millions of registered marrow donors worldwide, only about 250 matches are found each year. In many cases, there’s a 1-in-80,000 chance that a registered donor will be a match.

Still, the Cortland football team has provided two rare success stories of its own.

In January, Taylor Spindel, a former student from Sachem, N.Y., was identified as a potential match for a 26-year-old male with leukemia. She had registered three years earlier at the Cortland Football Bone Marrow Drive.

“My boyfriend, Alex Grimm, then a wide receiver for Cortland at the time, convinced me to register,” she said. “I remember him saying that it was for a good cause, but that I’d probably never be called.”

She said she was initially scared when she received the call that she was a potential match, but it took only minutes to agree to donate her bone marrow.

“I thought to myself: ‘This is such an amazing and rare opportunity. How can I pass it up?’” Spindel said.

Stephens registered in the program while visiting as a potential student-athlete in 2010. During his freshman year, he was identified as a match for an infant girl with leukemia.

He donated his marrow, and that donation has helped place the girl on the road to recovery.

Donating bone marrow is a surgical procedure done under anesthesia. During the donation, doctors insert a needle into the pelvic bone and extract the marrow with a syringe.

“It’s a painful recovery process,” Spindel said. “I wasn’t expecting to feel anything worse than a muscle pull. But when I try imagine what a cancer patient might feel throughout chemotherapy, I can’t complain.”