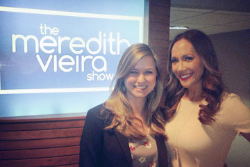 
For SUNY Cortland senior Katie Kellas, the final semester of college hasn’t meant hitting ‘snooze’ on the alarm clock and coasting toward graduation. Instead, the ambitious communication studies major recently has enjoyed time shadowing a successful graduate in the television spotlight.

As she prepares to pursue a career in broadcasting and video production after graduation, the Webster, N.Y., native has seized several opportunities over the past month to assist fashion expert Jené Lupoli Luciani ’99.

Luciani has become a sought-after style consultant in the 16 years since her graduation from the College. She appears regularly on network television programs that include NBC’s “Today Show,” “The Meredith Vieira Show,” and “Dr. Oz.” She also wrote The Bra Book: The Fashion Formula to Finding the Perfect Bra.

When Kellas received an invitation to shadow Luciani for her “Today Show” appearance on April 1, she accepted without hesitation. Since early February, Kellas had reached out to SUNY Cortland alumni at recommendations of her mentor Peter Johanns. The communication studies department lecturer advises the broadcasting club Cortland State Television (CSTV) that Kellas leads as president.

Kellas said she hopes to make herself known among individuals in the production field while learning about their own paths to success. Her morning with Luciani in Studio 1A Rockefeller Plaza, home of the “Today Show,” gave Kellas a peek at what the future could hold.

She said she loved every second of it.

“I just loved the fast-paced atmosphere that surrounded the live broadcast,” Kellas said.

She glimpsed behind-the-scenes action while assisting Luciani’s clothing models and snapping photos for Instagram and Facebook. Kellas said she felt “right at home” on the set after spending the last four years handling similar tasks for CSTV.

“You never know what to expect when you’re behind the scenes,” she said. “Every recording or broadcast you do won’t be the same so I knew it would be different from what I’ve experienced, but it wasn’t anything I couldn’t handle.”

Luciani said her SUNY Cortland education laid the foundation for her career success.

“I feel like I learned everything I needed to know to go out in the field from presentation skills to creative thinking,” she said. 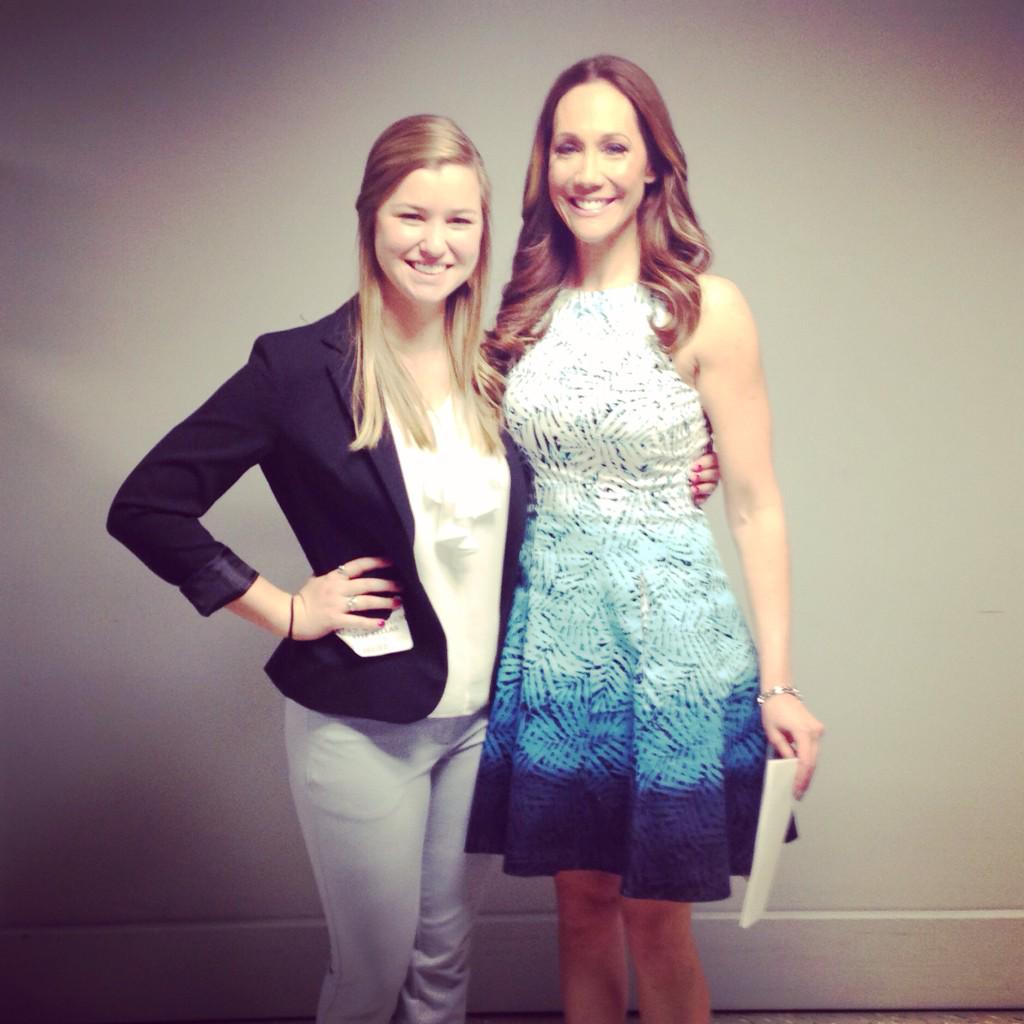 Kellas, who boasts a 4.0 grade point average and equally impressive résumé, said her own experiences at the College leave her feeling the same way. She found an outlet for her passion in CSTV as a first-year student and immediately became involved.

“I couldn’t imagine not being involved,” Kellas said.

After receiving an Outstanding Student Leader award during her sophomore year, Kellas continued building on her experiences.

“I couldn’t take a semester off from taking chances,” she said.

She worked at the Lynne Parks ’68 SUNY Cortland Alumni House during her junior year, creating promotional videos for their social media campaigns and event packages. She also completed an internship with Time Warner Cable News this past summer, an experience that taught Kellas about broadcasting outside the news station studio.

“I followed a lot of reporters with their stories and you could never really plan how it was going to go,” she said. “You had to be on your toes and ready to problem solve, which is something I’ve become really good at.”

After their first successful shadowing experience together, Luciani invited Kellas to return to New York City with her on April 7 for a bathing suit segment on “The Meredith Vieira Show.” Kellas saw it as chance to build a stronger connection with the successful alumna and broadcasting professionals at NBC, so she jumped at the chance.

As she prepares for her graduation in a month, Kellas said she plans to move to New York City and jumpstart her career. She then hopes to relocate to Los Angeles for a shot at the big leagues and to work towards her life’s goal of winning an Oscar.

“It’s the highest honor you can receive for what I want to do,” said Kellas, admitting that the goal is a long way off. “It will be something to keep me motivated in this field for a long time.”

Until then, she’ll follow Luciani’s career advice for students.

“Make yourself different from other graduates, take risks, work hard and never give up,” Luciani said. “The key is doing anything you can to set yourself apart and believing that any dream is possible.”