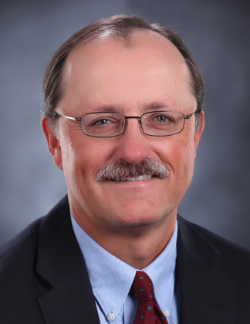 
SUNY Cortland recently created and filled a new position, unique among SUNY institutions, dedicated to both reducing the College’s energy use and lowering its power bills.

In that position, Roll will pursue opportunities to reduce the amount of energy that the College uses. That will include implementing strategies to reduce energy consumption in existing buildings and ensuring that all new construction meets the highest practical “green” standards.

Roll also will monitor the rates charged by the campus’ energy suppliers and constantly make adjustments to ensure the campus spends less on power and uses more renewable sources of energy.

“We see this as taking things to the next level,” said Timothy Slack, director of the SUNY Cortland physical plant. “We’re already in the top 25 percent as far as energy efficiency. Now we’ll be able to look even closer at usage, and we’ll realize savings from the supply side as well.”

One of the College’s core priorities is to use all of its resources wisely. Energy costs make up about 10 percent of SUNY Cortland’s operating budget, according to Slack. Through a combination of reduced use and lower prices, the College could see significant savings, he said.

The new position also will help SUNY Cortland reduce the amount of carbon it is responsible for releasing into the atmosphere. A charter signatory of the American College and University Presidents’ Climate Commitment, the College recently developed the Cortland Climate Action Plan, which sets goals for energy conservation, recycling and other sustainable practices.

At Cortland, Roll also will play a role in educating students, faculty and staff about sustainable energy practices, supporting the culture of sustainability that has taken root among faculty, staff and students.

Roll, a former middle school biology teacher with an engineering degree from Cornell University, was plant manager of a coal-fired power facility in Dresden, N.Y., for 12 years. While there, he oversaw installation of $50 million in pollution controls and the creation of a $9 million biomass co-firing project.

Roll graduated from Queens College in 1977 with a bachelor’s degree in biology and secondary education. He taught seventh- and eighth-grade biology, general science and physical education at St. Gabriel’s School in Astoria, N.Y., for two years after that.

In 1981, Roll earned a bachelor’s degree in mechanical engineering from Cornell University.

He became a project engineer for New York State Electric and Gas in 1982, working in a number of engineering and supervisory positions and eventually becoming operations manager of NYSEG’s Greenridge Station in Dresden, N.Y. When the coal-fired power plant was sold in 1999 to AES Corp., a global energy firm headquartered in Virginia, Roll became plant manager.

In the community, Roll is a referee for college, high school and semi-professional football; high school lacrosse; and youth hockey, which he also coaches.