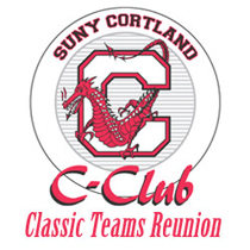 
SUNY Cortland’s women’s soccer teams from the 1980s and 1990s, including a pair of national championship squads, will be honored during the annual C-Club Classic Teams Reunion on Friday, Oct. 19, in the C-Club Hall of Fame Room in the Park Center.

Cortland’s women’s soccer teams were among the nation’s best during the decades of the 1980s and 1990s. The Red Dragons won the first-ever collegiate women’s soccer national championship in 1980 with a victory over UCLA and captured the 1992 NCAA Division III title. Cortland also finished second nationally in 1990 and advanced to national semifinals in 1986. In all, Cortland played in 15 national tournaments from 1980-99, including four NCAA Division I playoffs from 1982-85.