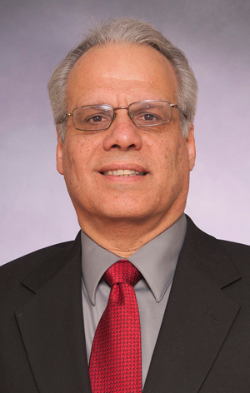 Since August 2009, he had simultaneously served as interim dean of the College’s School of Education. An interim will be named while the search continues to fill that position.

“It is a great privilege to be afforded the opportunities to serve this college and be involved in the collaborative process that strategically shapes its future,” Cottone said.

A member of the SUNY Cortland faculty since 1985, he received the SUNY Chancellor’s Award for Excellence in Faculty Service in 2007.

Cottone was the interim director of the Physical Education Department when it also included sport management, athletic training and kinesiology in both 1997-98 and in Spring 2000.

He has served on more than 30 committees, many of which address critical components of the College’s mission. His leadership led to his appointment as chair of the Faculty Senate’s Educational Policy Committee and of the Curriculum Task Force.

Since receiving his doctorate in education from Syracuse University, Cottone has been a manuscript reviewer for Human Kinetics, a publishing company. He also has written articles in athletic training and has presented at conferences throughout the northeast.

A native of Brooklyn, N.Y., he grew up in West Babylon, N.Y. He earned his bachelor’s degree in physical education from Castleton State College in Vermont, where he was a standout lacrosse player and an inductee into the Castleton State Athletic Hall of Fame. He earned a master’s degree in physical education and athletic training from Indiana State University.

He began his professional career as an assistant professor of physical education and the athletic trainer at Castleton State College.

In 1985, he joined SUNY Cortland as an assistant professor of physical education and the head athletic trainer. He was promoted to associate professor in 2000.

He resides in Virgil, N.Y., with his wife Brenda. They have two children, Nicole, a 2010 graduate of Nazareth College and Caitlin, a sophomore at St. John Fisher College.