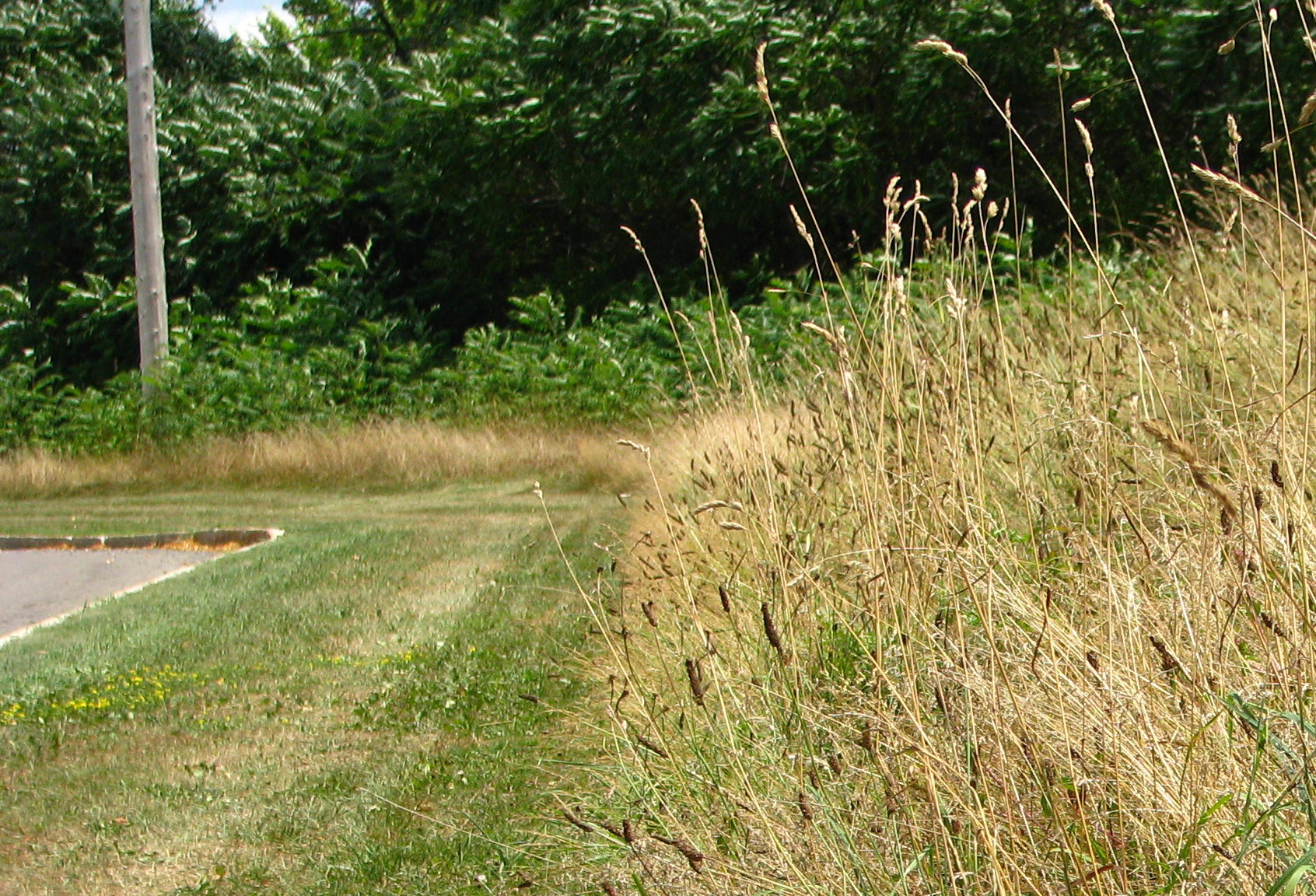 
An acre of turf grass surrounding the SUNY Cortland Service Group complex is not being trimmed to save energy, reduce fuel emissions and encourage natural habitats. The knee-high grass near the athletic fields on the southwest end of the main campus, now known as a “no mow” zone, represents the College’s latest sustainability effort.

Don Moody, the grounds supervisor for Physical Plant, said “no mow” zones will eventually cover two or three more acres on campus. A dozen white signs are posted across the SUNY Cortland campus to remind people why some areas are not mowed or manicured.

Moody explained that mindful mowing accentuates the look of an ecosystem.

“The wildlife I’ve seen in the ‘no mow’ areas has been amazing,” he said. He rattled off a list of animals he has encountered in the zones, including turkeys, foxes, deer, woodchucks, squirrels, raccoons and a variety of birds.

The turf grass, which includes a mix of purple, white and yellow wildflowers, will grow one to two feet before it turns to seed. Moody’s staff planted the wildflowers and mowed paths surrounding the area. In time, shrubs and trees will fill in to provide plant cover.

Reduced mowing offers economic and environmental benefits in addition to aesthetic, natural beauty. A decline in fuel and equipment usage will reduce carbon dioxide emissions while saving money. And the Physical Plant expects to gain at least ten labor hours each week, which helps the College’s ongoing effort to maximize its resources. Birds, butterflies and other animals will find food and habitats while native wildflowers will claim spots to bloom.

Moody said he has not received any negative feedback from the campus community. Although it often takes time for people to adjust to the appearance of unmowed grass, once they see the way “no mow” zones highlight their surroundings, they appreciate natural beauty more, he said.

Moody first considered the idea of reduced mowing in the late 1970s while taking care of his own property in LaFayette. N.Y. He experimented with the strategy during his previous jobs at Onondaga Community College and Syracuse University before he began to employ it at SUNY Cortland in 2010.