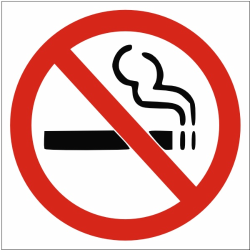 
As part of its ongoing effort to become one of the healthiest higher education institutions in the United States, SUNY Cortland will become a tobacco-free campus on Jan. 1, 2013.

“One of the College’s major institutional priorities is the health and well-being of all members of the SUNY Cortland community,” College President Erik Bitterbaum said. “Research has proven that one of the clearest threats to individual and public health is posed by tobacco. With that in mind, SUNY Cortland is pleased to join the more than 250 campuses nationwide that have become tobacco-free environments."

The new policy, developed over the course of a year, prohibits all tobacco use, not just smoking. Only one other SUNY campus, Buffalo State College, has announced a completely tobacco-free policy.

“All forms of tobacco use pose significant health risks, including chewing tobacco, which can cause throat and mouth cancer, tooth decay, gum disease and nicotine addiction,” said Dr. Devin Coppola of Student Health Services, co-chair of the campus Tobacco Advisory Committee. “SUNY Cortland is committed to playing a national leadership role in supporting a culture of health, fitness and genuine respect for the well-being of all members of the campus community.”

President Bitterbaum appointed the advisory committee last year to research tobacco-related practices at other institutions and to develop a tobacco-free policy for the SUNY Cortland campus. The committee met regularly throughout the year, discussed the issue at several campus open forums, met with the College’s unions, and developed a proposal.

To allow adequate time for students, faculty and staff to prepare, the effective date for full implementation of the Tobacco-Free Policy will not take place until Jan. 1, 2013. Meanwhile, the campus will offer a variety of ways to support the SUNY Cortland community in achieving the goal of becoming tobacco-free.

Details of the policy’s proposed implementation plan will be refined continuously over the course of the next year.

SUNY Cortland’s decision to take a comprehensive view of tobacco use is based on the overwhelming scientific evidence assembled by the U.S. Surgeon General, Centers for Disease Control, Environmental Protection Agency, and World Health Organization, which demonstrates that tobacco is a profound agent of deadly diseases, responsible for millions of deaths worldwide each year, both to tobacco users and non-users.