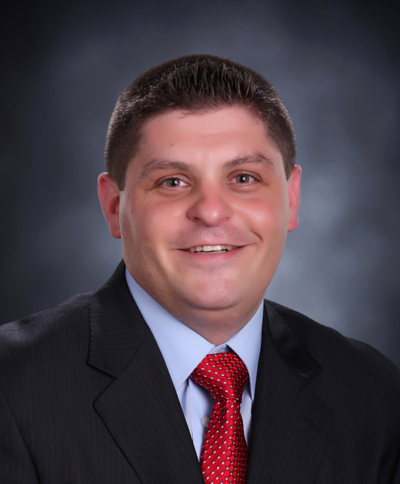 
SUNY Cortland has named Michael Pitaro as acting director of the Student Conduct Office, formerly known as the Judicial Affairs Office, effective Sept. 5. He has served since 2007 as the office’s assistant director.

The Student Conduct Office was renamed July 1 to more accurately reflect its responsibilities, which go beyond the handling of conduct violations.

The Office is responsible for developing and administering a Code of Student Conduct that supports the College’s values, goals and priorities and strives to create an environment that fosters personal integrity and promotes justice, equality and diversity on campus.

Pitaro assumes the responsibilities of Nanette Pasquarello, who has taken a leave of absence from the College.

In his new role, Pitaro directs the office’s overall operation. He reviews all incident reports, supervises a three-person staff and trains relevant members of the campus community on the student judicial process.

He will conduct disciplinary conference meetings and supervise the Suspension Review Panel and College Appeals Committee, in addition to serving on student conduct-related campus committees. Pitaro also will maintain all disciplinary files and the college student conduct database program.

As the assistant director of student conduct, he conducted student disciplinary conferences, determined appropriate sanctions and coordinated the recruitment, selection and training for student, faculty and staff justices.

He also coordinated Greek Standards Board training and developed educational programs on alcohol and drug prevention.

A member of the Association for Student Conduct Administration, Pitaro has attended several conferences related to student conduct. In February, he offered two presentations at SUNY Cortland’s Residence Life Conference.

He serves on five campus committees, including the bi-annual Alcohol Policy Review Committee and Sexual Assault Prevention and Programming Committee, and he volunteers with the City of Cortland Fire Department.

Pitaro came to SUNY Cortland from SUNY Plattsburgh, where he served as a residence hall director and an administrative assistant in the Residence Life Office from 2003 to 2006. He also held a student affairs internship in the Dean of Students Office in 2006. He attended conferences related to residence life and Greek leadership. The college presented him with its 2006 Student Affairs Vision Award for Communication.

Pitaro earned a bachelor’s degree in psychology and a master’s degree in college and agency counseling from SUNY Plattsburgh.

He resides in Cortland.