After 38 Years, Musician Tom Chapin Will Return to Campus 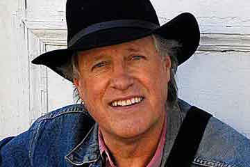