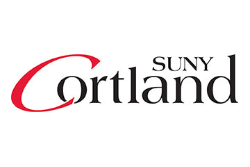 
Two alumni whose advocacy and activism has improved the health and well-being of thousands – if not millions – of people will receive honorary doctoral degrees from the State University of New York during SUNY Cortland’s Undergraduate Commencement ceremonies on Saturday, May 14.

Karen Collier Flewelling ’64, a retired educator whose hands-on activism has brought clean water to impoverished communities throughout the developing world, will be awarded the honorary degree of Doctor of Humane Letters.

Richard J. Pollack ‘77, president and chief executive officer of the American Hospital Association, one of the nation’s most influential health advocacy groups, also will be awarded the honorary degree of Doctor of Humane Letters.

“Both Karen and Richard are leaders whose work reflects SUNY Cortland’s core values and illustrates how our alumni make a significant and positive difference in the world,” President Erik J. Bitterbaum said. “We, as an institution, are incredibly proud of the role each continues to play in making the world a safer and healthier place.”

Flewelling and Pollack will attend all three of SUNY Cortland’s 2016 undergraduate ceremonies.

Flewelling ’64 has spent her adult life as a force for positive transformation, changing lives through education, philanthropy and international volunteer work. Her efforts have brought clean water to dozens of impoverished communities across the globe. 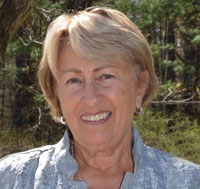 After graduating from SUNY Cortland, she helped guide thousands of young lives as a physical education teacher and field hockey coach at Shaker High School in Latham, N.Y., over the course of a 36-year career. Flewelling was inducted into the athletic halls of fame of both the North Colonie School District and Shaker High.

In retirement, she became an enthusiastic volunteer with the Earthwatch Institute, championing the cause of environmental conservation and traveling to save endangered species around the globe. Those trips sensitized her to the plight of families in the underdeveloped world. She then dedicated herself to transforming the lives of those families, mainly by providing remote, rural communities with dependable sources of clean, fresh water.

Since 2005, Flewelling has made two dozen trips to 14 countries to personally work on water projects that have resulted in the drilling or repair of 40 community wells. Sales of a book she wrote about her quest, Drilling for Hope, along with a website of the same name, have helped raise thousands of dollars. In addition to wells, filters and cisterns, the funds have paid for dozens of life-changing surgeries and helped strengthen community sustainability by providing livestock, medical equipment and school supplies.

Pollack ‘77, is president and chief executive officer of the country’s most influential advocacy group for hospitals, rehabilitation centers and related institutions. In that role, he has championed the right of all Americans to quality health care. He helped shape national health care policies for the elderly, children, low-income families, veterans and residents of underserved rural and urban areas. Pollack successfully battled large insurance and pharmaceutical companies to promote the interests of hospitals and patients, and influenced passage of the historic Affordable Care Act. 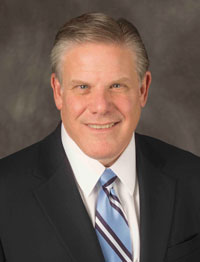 Modern Healthcare magazine regularly names Pollack in its annual list of the “100 Most Influential People in Healthcare,” an honor he shares with President Barack Obama and the leaders of some of the world’s largest corporations.

Pollack graduated from SUNY Cortland in 1977 with a major in political science and a minor in speech communications. He then went to work as legislative assistant to former U.S. Rep. David Obey of Wisconsin. After earning a master’s degree in public administration from American University, he became a lobbyist for the American Nurses Association, representing all registered nurses in the United States.

In 1982, Pollack was hired as associate director of legislative affairs for the American Hospital Association, which represents nearly 5,000 institutions. During his 34–year career with the organization, he established himself as the primary voice of the association before Congress, executive branch agencies and the news media.