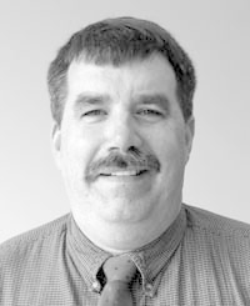 
The College’s Student Government Association (SGA) passed a resolution designating Nov. 16 as a day of service in memory of the late Michael C. Holland.

Holland, the executive assistant to the vice president for student affairs, died on Oct. 29.

Jamie Piperato, SGA president, said the senate in its resolution asked the student body to set aside the day — which would have been Holland’s 53rd birthday — for that purpose from now on.

The commemorative day was set during the student senate’s regular meeting on Nov. 7 in the Corey Union Function Room.

“It’s a day where every student could give back, pay it forward if you will, just to remember what Mike Holland was about, what he believed in,” Piperato said. “We believe we owed that to him, as the SGA advisor, to do that for him.”

SGA board members were fully aware the roughly two weeks between their action and the commemorative day gave very short notice to the campus community, Piperato added.

On the inaugural day, it was not possible to confirm any particular group’s organized service event relating to the SGA’s request.

“We had announced it as just a day to pay it forward and next year people serving on the SGA and other clubs are encouraged to plan events on the day,” she said.

“We actually asked (the SGA club representatives present) to do their part in making it a service day in any way they could,” she said. “Whether that be a club event or an individual event is up to them. This could be just helping out a friend, or helping out a stranger, or donating clothes.”

SUNY Cortland's Student Government Association is not only active in campus events and issues, but is a major fundraiser for the College. In September, the group was awarded SUNY Cortland's philantropy medal for donating more than $100,000 to the College campaign.

Piperato said that future SGA leaders will have written suggestions as well as support in the form of an “e-board” (electronic board) of past officers in order to encourage them to continue the new tradition.

Volunteerism to assist the campus Emergency Squad (EMS) would be especially helpful, she advised.

Holland, a SUNY Cortland administrator for more than 30 years who was honored in 2005 with a Chancellor’s Award for Excellence in Service, died unexpectedly while travelling back to Cortland with the EMS members after helping in the Binghamton flood disaster relief effort.

“He loved advising EMS,” Piperato said, noting that Holland this year also had advised the SGA on behalf of C. Gregory Sharer, vice president for student affairs. “He loved having his hands in everything student-related. He was a great student advocate.”