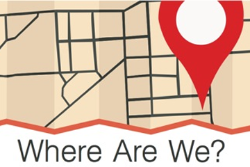 
SUNY Cortland’s Cultural and Intellectual Climate Committee (CICC) “Where Are We?” series continues with a documentary on climate change — one that connects carbon in the air with the economic system that put it there.

“This Changes Everything,” a 2015 film directed by Avi Lewis and inspired by Naomi Klein’s international best-selling book of the same name, will be screened at 7 p.m. on Thursday, Feb. 25, in Sperry Center, Room 104. It presents seven powerful portraits of communities on the front lines, from Montana’s Powder River Basin to the Alberta Tar Sands, from the coast of South India to Beijing and beyond.

The film screening doubles as a “Green Days” event because it encourages environmental concern. In an effort to maximize exposure for the College’s many sustainable efforts, all event organizers are reminded to identify their environmentally friendly activities by filling out an online form.

Klein serves as narrator for the film, which centers around the controversial idea that the climate change crisis can be seized to transformed a struggling economic system into something better. Thursday’s screening is expected to raise many questions relevant to this year’s CICC theme.

The College’s “Where Are We?” series continues a yearlong discussion about the “local” and its importance to economic health, environmental resilience and overcoming inequality of all types. The discussion specifically seeks to address localism and privilege — considering if “local” movements unintentionally wall out the poor.

Each year, a different academic theme aims to generate common topics of discussion and establish traditions of intellectual discourse on SUNY Cortland’s campus. The series encourages faculty and staff to weave the theme into their courses, to engage in classroom discussions and debates around the theme, and to propose campus events or speakers on topics connected to the theme.

The series also is sponsored by the Campus Artist and Lecture Series, the Provost and Vice President for Academic Affairs’ Office, the President’s Office and the Cortland College Foundation.