Teaching Character Across the Globe 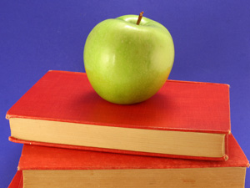 
The basic character education lessons of SUNY Cortland’s Center for the 4th and 5th Rs (Respect and Responsibility) translate well regardless of the language.

And it seems foreign countries are interested in the message.

That was the case in early November when Huey Tsyr Liou, a Taiwanese professor of early childhood education, and two of her graduate students from National Hsinchu University of Education in Taiwan visited the College. The trio was especially drawn to the Smart & Good High Schools report, a 2005 study compiled by the Center for the 4th and 5th Rs and the Character Education Partnership that looks at 24 character-rich high schools.

Liou recently led a team of seven translators working to prepare that publication in complex Chinese.

“(Asian cultures) are seeing some of the same trends that Western nations have faced for many years,” said Thomas Lickona, the director of the Center for the 4th and 5th Rs and a SUNY Cortland professor emeritus of childhood/early childhood education.

Those trends include increases in cheating and bullying during the high school years as well as family breakdown and divorce, he said.

Lickona, who in July will serve as keynote speaker at a national character education conference in Taiwan to help launch the Chinese translation of the publication, said the general teachings of the SUNY Cortland center remain the same, regardless of language or culture.

Since it was founded in 1994, the center has trained more than 5,000 educators from 40 states and 20 countries. Lickona lectured in the Philippines in September and in Mexico in October. In January, he will lead seminars in Singapore.

His publications also have seen recent translations in Japanese and Indonesian.

A major reason for the center’s international success, in addition to more than $2 million in grants and an “unsung hero” in office manager Marthe Seales, is a single guiding principle, Lickona said.

“The basic notion is that to be a person of character is to be the best human being you can be,” he said. “It’s really to develop your full potential as a person.”

Still, the general decline in moral values, the weakening of the family and the influence of media-driven pop culture aren’t just Western concerns, Lickona said.

That’s changed slightly, Lickona said, because families are shrinking and sharing at a young age has become less common.

Across the globe, high school students also seem to face similar pressures related to grades and cheating. That has made the Smart & Good High Schools report — the first in-depth look at character education in secondary schools — a well-received publication in other countries.

“One (American) high school student said: ‘Athletes cheat, businessmen cheat politicians cheat. Why not students?’” Lickona said. “They get this idea that it’s OK to cheat to make your path to success.”

That way of thinking is the exact type of misconception that SUNY Cortland’s Center for the 4th and 5th Rs hopes to dispel, whether it’s in the U.S. or abroad.