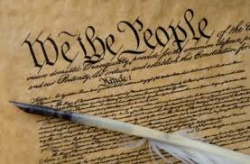 Gouri Bhat, a partner at Berk Law in Washington, D.C., and formerly of the American Civil Liberties Union, will present “We the People: The Constitution and the Culture of Civil Rights” at 4:30 p.m. in Sperry Center, Room 105.

Her talk, which is free and open to the public, is part of the 2011-12 Rozanne M. Brooks Lecture Series, themed this year on “Culture and the Written Word.”

A 4 p.m. reception to welcome Bhat, the sister of SUNY Cortland Associate Professor of History Girish Bhat, precedes the lecture in Moffett Center, Room 2126. Both the lecture and reception are free and open to the public.

Bhat’s practice has ranged from top-tier public interest litigation against government officials and public entities to litigation that targets powerful private companies charged with civil rights violations. She has spent more than a decade working as a plaintiff’s class action litigator and has represented workers, consumers, prisoners, immigrants, juveniles and racial minorities.

She is recognized as an expert on the U.S. Constitution and current civil rights issues.

Bhat was certified as class counsel representing African-American employees in Abdallah v. Coca Cola Company. That landmark case resulted in an array of programmatic reforms and one of the largest financial settlements in the history of employment class action cases.

She also served as co-lead counsel in the ACLU’s litigation with the Hutto Family Detention Center on behalf of immigrant children held by the U.S. Department of Homeland Security at a medium-security prison in Texas. Bhat became the principal creator of an innovative settlement. As a result of the case, the federal government abandoned the practice of family detention in 2009.

The Brooks Lecture Series honors the late Rozanne Marie Brooks, a SUNY Distinguished Teaching Professor and SUNY Cortland professor of sociology and anthropology. Brooks was a SUNY Cortland faculty member for 36 years; she passed away in 1997. The 2011-12 Brooks Lecture Series is sponsored by a grant from Auxiliary Services Corporation (ASC) and the Cortland College Foundation.