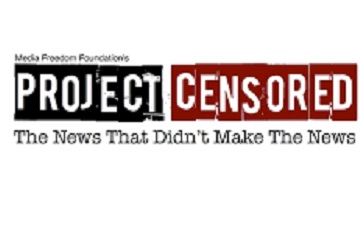 
If you’re like most people, you probably aren’t aware that the way the federal government tracks the deaths of offshore oil rig workers misses half of the actual fatalities.

You probably haven’t heard that ADHD goes undiagnosed in girls more than twice as much as in boys, or read that a major western tobacco company floods the cigarette market of conflict-torn African countries, fueling smuggling operations that fund ethnic clashes and civil wars.

But none of this is news to SUNY Cortland students who took Associate Professor Christina Knopf’s media literacy class last semester.

In fact, five stories researched and analyzed by six students have been published on the website of Project Censored, a national, nonprofit media watchdog group that’s been drawing attention to important, but underplayed news stories since 1976.

“We got really good feedback from the people who run the project about the quality of SUNY Cortland’s submissions,” said Knopf, who used the process to give students a better idea how consumerism and other factors help determine what information is considered newsworthy by media outlets.

All five SUNY Cortland stories will be considered for Project Censored’s annual list of the top 25 “most censored” stories of the year. Review of submissions for the 2021-22 list begins later this spring.

The stories and students currently posted include:

Knopf’s course seeks to show students how to be more critical and discerning in how they look at news, advertising, photography and other forms of media. She selected nine student assignments to submit, including the five that were accepted.