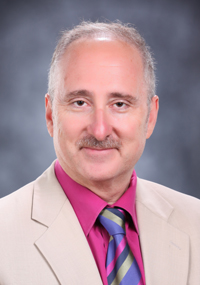 Rosengarten replaces Keith Smith, who retired on Dec. 30 as director emeritus of the program after leading it for 18 years. He will report to C. Gregory Sharer, vice president for student affairs,

The EOP is a special admissions and support program aimed at students who are economically disadvantaged and do not have acceptable high school performance levels, but show the potential for college success.

Since 1997, New York State’s Office of Opportunity Programs (OOP) has awarded 243 special Chancellor’s Awards to SUNY Cortland EOP students who achieved a 3.0 cumulative grade point average. Over the years, a number of these students also were honored with a Chancellor’s Award for Student Excellence.

SUNY Cortland’s EOP has consistently ranked among the top five SUNY comprehensive colleges for its six-year graduation rate of EOP students, and often has achieved the top three ranking.

Despite SUNY funding cuts and subsequent size reductions in recent years, the SUNY Cortland EOP serves many student, including 129 this academic year. Many of them flourished as student leaders and later in educational, health, government and other careers.

A native of New York City, Rosengarten has lived in the Saratoga Springs area for the past 19 years. He is married to Kathy Hemingway Jones, who was associate director of Student Academic Services at Skidmore College, where she also served as the primary designated school official for international students. She taught studio art at both the University of Minnesota and Skidmore College and currently teaches writing at TC3.