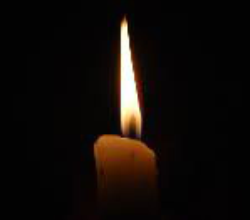 The subject will be addressed in the annual Holocaust Remembrance lecture at SUNY Cortland on Monday, April 8. The talk was originally scheduled for the next day.

Secondary school educator Chris Sperry will speak on the importance and impact of teaching and learning about the Holocaust at 7 p.m. in Sperry Center, Room 205.

Sperry, who teaches the Facing History curriculum at the Lehman Alternative Community School (ACS) in Ithaca, N.Y., will be accompanied by current and former students during his talk. They will discuss the reasons for, and impact of, their intensive study of Holocaust on themselves.

The event will feature a brief memorial ceremony and a reception will follow the presentation. The events are free and open to the public.

The talk should appeal to faculty and students, particularly those in fields related to teacher education, according to an event organizer, Linda Lavine, SUNY Cortland associate professor of psychology.

For Sperry, teaching about the Holocaust involves not only educating young people but also conveying the moral importance of “never forgetting” such horrors.

“The Holocaust curriculum has become the cornerstone for a class that has had a lasting impact on hundreds of students over decades,” said Sperry, who also directs curriculum and staff development for Project Look Sharp, a national media literacy initiative based at Ithaca College. “Teaching about the Holocaust has been the core pedagogical experience that has shaped my approach to teaching about moral and historical issues.”

Sperry, who has taught in Ithaca for more than 25 years, studied for his master’s degree at Harvard University under Lawrence Kohlberg. His research there during the 1980s focused on integrating moral development into public education. Meanwhile, he worked closely with staff at Facing History and Ourselves, a non-profit organization that teaches about the events that led to the Holocaust and ways to combat prejudice with compassion, to develop a curriculum for use in his high school classes.

He is the author of numerous curriculum kits related to global studies and U.S. history and articles about integrating media literacy and critical thinking into the curriculum.

Sperry has conducted numerous workshops for teachers, specifically on teaching about the Holocaust, and has used his knowledge to build hundreds of staff development workshops, keynote speeches and curriculum materials. His Holocaust teaching module has been downloaded tens of thousands of times globally.

He received the National Council for the Social Studies 2008 Award for Global Understanding and the 2005 National PTA and Cable Leaders in Learning Award for Media Literacy. In 2009, Sperry gave a presentation to the steering committee of the national Facing History and Ourselves organization in Brookline, Mass.

The event is sponsored by College’s Jewish Studies Committee, the Jewish student group Hillel, the Center for Gender and Intercultural Studies, the Jewish Studies Program, the Interfaith Center and the Campus Artists and Lecture Series.