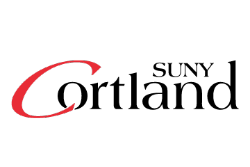 Helen F. Giles-Gee, a former academic dean at SUNY Cortland who went on to serve as president of both Keene State College in New Hampshire and the University of the Sciences near Philadelphia, will be awarded the honorary degree of Doctor of Humane Letters.

John P. Allegrante ’74, a world-renowned health researcher, educator and administrator whose work has improved the well-being of people around the globe, also will be awarded the honorary degree of Doctor of Humane Letters.

“Both John and Helen are leaders in their respected fields whose work reflects SUNY Cortland’s core values and the power of education to change lives and make a positive difference in the world,” President Erik J. Bitterbaum said. “We, as an institution, are incredibly proud of the role we played in both of their remarkable careers.”

Giles-Gee will speak at 9:30 a.m. during SUNY Cortland’s morning undergraduate commencement ceremony in the Park Center Alumni Arena. Allegrante will address graduates during the afternoon ceremony at 2:30 p.m. in the same location.

The expertise of Allegrante, senior professor of health education at Columbia University Teachers College, is sought by health ministries and organizations around the world. His devotion to improving global health has helped set new international standards for health education. His research has shed light on behavioral health problems such as obesity and smoking and supported the importance of community-based prevention. 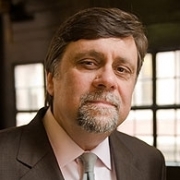 Allegrante graduated with honors from SUNY Cortland in 1974, earned a Ph.D. from the University of Illinois in 1979 and began a 36-year career at Columbia. There he has authored hundreds of research articles and served in a variety of leadership posts, including associate vice president for international affairs and deputy provost of the college. He also is an adjunct professor of socio-medical sciences at Columbia’s Mailman School of Public Health, one of the nation’s premier institutions for sponsored research related to that field.

Allegrante’s research into behavioral intervention and improved self-management as tools to help people with chronic diseases has been funded continuously by the National Institutes of Health for more than a quarter century. His cutting-edge work has contributed significantly to combatting health issues that include childhood obesity, tobacco use, hypertension and arthritis, as well as to the development of effective health education strategies for special populations such as military veterans.

In 2003, Allegrante received the distinguished career award in public health education and health promotion from the American Public Health Association. In 2010, he was named editor-in-chief of Health Education & Behavior, the flagship research journal of the Society for Public Health Education.

He also has played a leadership role in establishing uniform international standards for professional preparation programs in public health. As both a Fulbright public health specialist and a Fulbright U.S. scholar, Allegrante collaborated with scientists in Iceland to investigate risk factors in child and adolescent development. He was a policy advisor to Iceland’s Ministry of Health and continues to serve as Fulbright program advisor and a Fulbright ambassador for Columbia.

Allegrante also co-chaired the Galway Consensus Conference on International Collaboration on Credentialing in Health Promotion and Health Education. As an International Scholar in the Soros Open Society Foundations Academic Fellowship Program, he helped the Kazakhstan School of Public Health with curriculum, faculty development and other issues. In 2013, U.S. Department of Health and Human Services Secretary Kathleen Sebelius named him to the Board of Scientific Counselors, a federal advisory committee.

In 1982, SUNY Cortland’s Alumni Association named Allegrante a Distinguished Young Alumnus. In 2004, he presented remarks at the dedication of the Poskanzer Conference Room in Moffett Center on the SUNY Cortland campus. 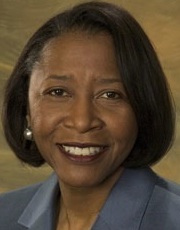 After receiving a bachelor’s degree in psychobiology from the University of Pennsylvania, Giles-Gee earned two master of science degrees — one in science education and one in zoology — and a Ph.D. with distinction in measurement, evaluation and techniques of experimental research. Her research on higher education issues has been widely published and she is a frequent presenter and keynote speaker at national events and conferences.

During her career, Giles-Gee served as Biology Department chair at Cheyney University, executive assistant to the president at Towson University, associate vice chancellor for academic affairs for the University of Maryland system, dean of the School of Professional Studies at SUNY Cortland and provost at Rowan University.

At each of those institutions she made a positive, and lasting, impact. At Rowan, she reorganized the graduate school, office of sponsored research and the honors and international education programs to make them more effective. At Keene, she led a major institutional transformation, spearheading the development and implementation of a successful strategic plan. Giles-Gee increased capital improvements and investments and established initiatives in curriculum improvement, shared governance and diversity. The result was double-digit growth in admissions applications and an increase in Keene’s stature as an academic institution and regional economic engine.

As dean of professional studies at SUNY Cortland from 1998 to 2001, her insight and guidance saw the College through both the National Council for Accreditation of Teacher Education (NCATE) process and an unprecedented reworking of teacher preparation programs by the New York State Education Department.  As co-convener of the SUNY Deans and Directors of Education, Giles-Gee’s leadership placed SUNY Cortland in the center of cutting-edge discussions about the future of teacher education and strengthened the College’s reputation for high-quality teacher preparation.

Her foresight helped expand Cortland’s Urban Recruitment of Educators (CURE) program, which readies students for careers in underserved urban school districts. She institutionalized the value of assessment and data analysis in decision-making, supervised the separation of kinesiology from the Physical Education Department and laid the groundwork for the division of the then-unwieldy School of Professional Studies into two separate schools: education and professional studies.