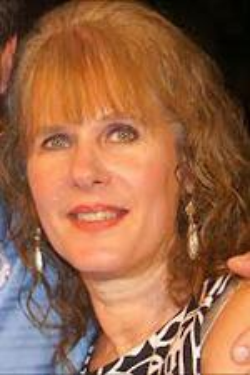 
A panel of local experts will discuss the connection between violence, guns and mental health on April 9, in the second campus “teach-in” related to the Newtown, Conn., elementary school shooting massacre.

An active SUNY Cortland alumna, Mary Joy Greene Sherlach ’78, was one of the first people killed in the Dec. 14 rampage, during which Adam Lanza fatally shot six adults and 20 first-grade children before turning one of his guns on himself.

“Recent events and legislation have filled the news media with discussions of guns, violence and mental health,” said Susan Wilson, interim associate dean of the School of Education and coordinator of the event. “However, these subjects and their connections - or their lack of connections - are more complex than a sound bite can fully explain. We hope this panel will enable students from a variety of majors to begin to make sense of the intricacy of this discussion.”

The “teach-ins” were developed as a way to remember Mary Sherlach’s work as a school psychologist and create some positive understanding of the issues surrounding this senseless attack.

The first “teach-in,” focused on gun violence and legislation, was held Feb. 5 and drew a standing-room only crowd of more than 250 people. Because of the high turnout and a desire among participants to address mental health issues related to the shootings, a second “teach-in” was organized.

The discussion panels are one of the things the College community is doing to honor the memory of Mary Sherlach, who met her husband, William Sherlach ’80, at SUNY Cortland, and was an active alumna for decades.

The College also will make special recognition of Sherlach during Alumni Reunion 2013 this summer, when her graduating class of 1978 will be one of the featured reunions. Details of that recognition are not yet complete.

In addition, efforts are underway to create a permanent memorial on campus by the College and groups of alumni and students. That endeavor is still in the planning stage.