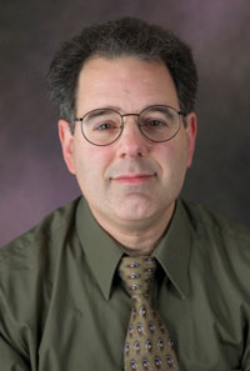 
Thomas Hischak, professor of performing arts who specializes in theatre, has received a Fulbright Foundation grant in the Senior Specialists Program in which American scholars are invited to teach and/or work with foreign universities for a limited period of time.

Hischak has been selected to go to Siauliai University in Lithuania for two weeks in May to teach, present workshops and participate in the college’s international theatre festival. He also will work with Siauliai University's theatre department in planning an American studies program in the arts.

Hischak is a designated Fulbright Scholar who taught and directed theatre at the University of Patras in Greece in 2008.

Fulbright scholars teach in English so that the foreign students can improve their language skills. Hischak will be lecturing on American theatre and musicals and will hold an acting workshop for Lithuanian theatre students.

“My Fulbright experience in Greece was so rewarding that I wanted to visit another non-English-speaking country in Europe that I had never been to before,” said Hischak. “I found working with foreign students in theatre fascinating. They know so much about American culture and are surprisingly fluent in English, yet they view the U.S. so differently than we do. Rehearsals were my favorite part of the Greece experience because that is when you really got to talk and realized how different we are yet how much we have in common.”

Siauliai is a city in Northern Lithuania and the university has about 12,000 students. Since Lithuania’s independence from the former Soviet Union in 1990, the use of English in schools and daily life has increased rapidly.

As a member of the Performing Arts Department, Hischak has taught and directed theatre productions at SUNY Cortland since 1983. He is the author of 21 books on theatre, film and popular music and is a playwright with 25 published plays. In 2004, he was honored with a SUNY Chancellor’s Award for Excellence in Scholarship and Creative Activity. Hischak holds degrees in theatre and English from St. Louis University and Southern Illinois University at Carbondale.