Effects of Health on Lifespan is Talk Focus 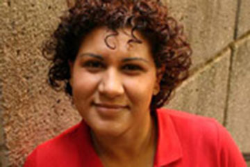 
Arjumand Siddiqi has spent years researching the effect of societal conditions on the human lifespan.

Siddiqi, an international leader in public health studies who is currently an associate professor at the Dalla Lana School of Public Health, University of Toronto, has observed how resource inequities and social policies play a role in health and development.

“Despite a dizzying array of decades-long efforts and interventions from a variety of stakeholders, the frustrating phenomenon in the United States and its peer nations of unequal health status across social and economic groups remains unrelenting,” said Siddiqi, who is a research affiliate with Columbia University’s National Center for Children and Families, in New York, N.Y.

Siddiqi will share her research Tuesday, April 4, at SUNY Cortland.

Her lecture, “How Can Societies Address the Social Determinants of Health? Lessons Learned from Research and the Real World,” begins at 6:30 p.m. in Sperry Center, Room 0204.

The talk, which is free and open to the public, represents the tenth Charles N. Poskanzer Lecture sponsored by the College’s Health Department.

The presentation is supported by the Charles N. Poskanzer Fund, an endowment named in honor of the late SUNY Distinguished Service Professor emeritus who taught in the College’s Health Department for 40 years.

Siddiqi earned her doctorate in social epidemiology at Harvard University and seeks to solve a stubborn dilemma in modern public health. Her research on the subject currently is supported by more than $2.5 in public and private grants, including three awards from the Canadian institute for Health Research.

“The phenomenon begs us to examine the fundamental drivers of ‘health inequalities,’ and to come to terms with the difficult but necessary actions we must take to ensure a chance at health for all,” she said.

Siddiqi serves as an adjunct associate professor at the Department of Pediatrics and Hospital for Sick Children at the University of Toronto and the Gillings School of Global Public Health, University of North Carolina at Chapel Hill.

She also graduated from the Canadian Institute for Advanced Research Global Academy and is a former associate member of its Program on Successful Societies. A member of the World Health Organization’s Commission on Social Determinants of Health Knowledge Hub on Early Child Development, she has served as consultant to several international agencies including the World Bank and UNICEF.

The Poskanzer Fund was established through the Cortland College Foundation as an endowment to support an annual, public lecture offered by the College’s Health Department in honor of its former colleague. Since Poskanzer’s death in 2010, the fund has continued to grow through donations made in his memory. The Poskanzer Lecture allows the Health Department to bring national leaders in public and community health to campus to meet with students and faculty and to deliver a public lecture on a current public health issue.