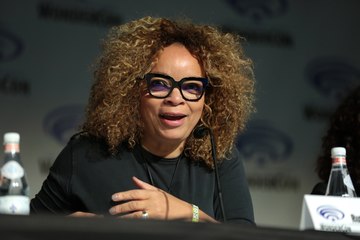 
What do Academy Award nominees do while they’re waiting to find out whether they won an Oscar?

Carter will speak about her storied, three-decade career during “An Evening with Ruth Carter” on Friday, Feb. 1 in Old Main Brown Auditorium. The event begins at 7 p.m. and is free and open to the public. A question-and-answer session will follow.

She has a lot to talk about. Carter was the first Black nominee for an Academy Award in costume design for her work on “Malcolm X” in 1993. She was nominated again for “Amistad” in 1998.

Carter’s work on “Black Panther,” in which she merged traditional tribal clothing design with the fictional, high-tech African nation of Wakanda, earned her a third Oscar nomination earlier this month.

“Black Panther,” inspired by a comic book about the superhero king of a hidden, technologically advanced African civilization, grossed more than $1.3 billion worldwide, making it one of the most successful movies of all time. It received seven Oscar nominations, including best picture.

The film included approximately 1,500 costumes that borrowed historic elements from a number of African peoples, including the Maasai, Himba, Dogon, Basotho, Tuareg, Turkana, Xhosa, Zulu, Suri and Dinka. Carter also had to consider how the costumes would work for actors performing stunts in action sequences and how to pay homage to Marvel Comics’ “Black Panther” universe, which first appeared in print in 1966.

The New York Times did a video feature with Carter last year on her career of bringing black history to life on film.

Carter has designed costumes for 40 films, beginning with Spike Lee’s “School Daze” in 1988. She has collaborated with Lee on 10 films and has also worked on films such as “The Butler” and “Selma.” Carter has contributed to the BET television series “Being Mary Jane” since 2013 and she was nominated for an Emmy in 2016 after designing the costumes for the History Channel’s reboot of the “Roots” miniseries.

She won a Critics’ Choice Award for costume design on “Black Panther” on Jan. 13.

A 1982 graduate of Hampton (Va.) University, Carter was keynote speaker at Hampton’s commencement ceremonies this past May.

Carter’s talk is sponsored by the Student Activities Board.

SUNY Cortland will celebrate Black History Month throughout February with a series of historical and cultural lectures, readings and musical performances. For more information or questions about Black History Month, contact Africana Studies Department Chair Seth Asumah at 607-753-2064 or in Old Main, Room 208-B.