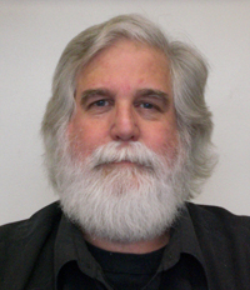 
John Driscoll, who served SUNY Cortland for 14 years — adding up to a total of 46 years of employment with SUNY — retired on May 9. He was designated instructional support technician emeritus, geology and physics.

At the College since 1999, he oversaw non-academic functions in both the Physics and Geology departments.

On May 31, after serving as president of the Cortland Chapter of United University Professions for one year, Driscoll will conclude his duties to make way for a newly elected president.

Driscoll is only the second professional staff member to head the Cortland UUP chapter. He was selected by the chapter Executive Board in June 2012 to fill the unexpired term of Jamie Dangler, associate professor of sociology and anthropology, after she was tapped for statewide UUP duties. Previously, Driscoll was the chapter vice president for professionals.

When he joined the College, Driscoll already had given 32 years of service to SUNY, most recently as executive director of the Central New York Eye Bank and Research Corporation in Syracuse, N.Y. The eye bank supplied transplant material to SUNY Upstate Medical University.

Previously, Driscoll was employed as ophthalmic/eye bank technician with SUNY Upstate Medical University. He started his career as a visual systems technician with the Ophthalmology Department at Park Ridge Hospital in Rochester, N.Y.

He was a published author and presenter at professional conferences in the ophthalmology field.

A Syracuse resident, Driscoll has an associate’s degree as an electronics technician from Northwestern Electronics Institute in Minneapolis, Minn. He obtained his certification as an emergency medical technician at Monroe Community College and as an eye bank technician from the Eye Bank Association of America.