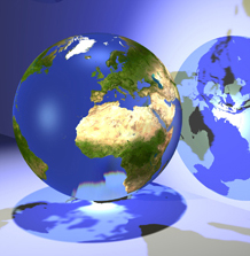 
Anne Hendrixson, director of population and development programs at Hampshire College’s School of Critical Social Inquiry, will address “Population Control as Unsustainable Development” on Wednesday, Oct. 15, at the College.

Hendrixson's talk focuses on a failed 1960s-era approach to burgeoning human reproduction that involved coercive measures such as forced sterilization or pressure to use long-term birth control methods.

She will describe successful alternative international campaigns and take a current look at how youthful and aging populations fit into post-2015 discussions about gender, health, sustainability and global priorities.

Hendrixson has a master’s degree in international development and social change from Clark University in Worcester, Mass.

“This year’s series explores the present and future on a planet with a rapidly growing population, critical food shortages, climate change and a host of other factors that affect the quality of life across the world,” said Sharon R. Steadman, a SUNY Cortland professor of sociology/anthropology who is the lecture series organizer and Brooks Museum director. “Presenters will discuss these issues and offer possible solutions to major global problems, including the role technology may play in helping or hindering progress toward a ‘livable planet.’”

The remaining fall semester speakers include:

• Anthropologist Peter Castro asserts that human-induced climate change offers one of the greatest challenges to our sustainability. On Nov. 5, Castro, an associate professor at Syracuse University, will address “Climate Change and Sustainability in Rural Africa: Some Perspectives.” In global dialogue on the subject of solutions, the voices of rural Africans have been largely muted. “My presentation will argue that we have much to learn about sustainability and climate change from rural Africans,” said Castro, who draws on his applied experience in Sudan, Ethiopia, Mali, Kenya and Somalia. He has a doctorate from University of California at Santa Barbara.

The spring semester will feature the following events:

• The issues surrounding the production of genetically modified food will be discussed Feb. 11 in a talk titled “Food Fight:  When Genetic Engineering Makes Sense for Agricultural Sustainability.” Steven Broyles, professor and chair of SUNY Cortland’s Biological Sciences Department, will examine the scientific evidence regarding the safety of such foods and the arguments for their role in the sustainability of global food provision. Broyles, honored in 2002 for excellence in teaching by the chancellor of the State University of New York, has a doctorate in botany from the University of Georgia.

• The question of how to feed a growing global population without further compromising the planet’s resources is the March 4 topic with geographer Wendy Wolford, the Robert A. and Ruth E. Polson Professor of Development Sociology at Cornell University. Her discussion, “Farming for the Future: Competing Models of Agriculture and Development in Rural Mozambique,” tackles what has become perhaps the single most pressing issue of the 21st century. Wolford earned her doctorate at University of California, Berkeley.

• SUNY Cortland students will conduct a poster session titled “Can We Sustain?” from 3:30 to 4:30 p.m. on March 25 in the Moffett Center Sociology/Anthropology Lobby. Then a series of student presentations will take place from 4:30 to 5:30 p.m. in Moffett Center, Room 2125.

• On April 8, a sociologist will take a look at how human activity — technologies and economic, political and socio-cultural systems and processes — has created the ecological crisis the planet as a whole faces today. William Skipper, a SUNY Cortland assistant professor of sociology/anthropology, will present “Livable World/Livable Planet: The social aspects of ecological sustainability.” Skipper asserts that, as a consequence of mankind’s environmental influence, any serious effort to achieve ecological sustainability must include social change globally. He has a doctorate in anthropology from Cornell University.

The 2014-15 Brooks Lecture Series is sponsored by a grant from Auxiliary Services Corporation (ASC) and the Cortland College Foundation. For more information, contact Steadman at 607-753-2308.