Former Diplomat to Asia to Speak 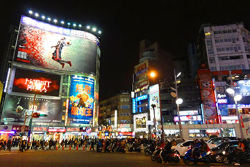 
Long before he imagined becoming a U.S. ambassador with extensive service in Asia and the former Soviet Union, Stephen M. Young was a 12-year-old boy whose family moved from Washington, D.C., to Taiwan to live for three years in the early 1960s.

The experience planted the seed for his eventual choice of diplomacy as a profession and, years later, Young is eager to share his insight on how college students might advance their own careers in the field he chose.

He will offer an American diplomat’s personal perspective — on career opportunities as well as a political analysis of what’s happening in places where he served — during two lectures on Thursday, Nov. 3, at SUNY Cortland.

Young will discuss “Building a Career as a Diplomat” from 12:30 to 2 p.m. in Old Main Colloquium. Refreshments will be served.

His second talk, titled “The Rise of China and its Effect on U.S. and Taiwan,” will take place from 4:30 to 6 p.m. in Brockway Hall Jacobus Lounge.

Presented as part of the ongoing Political Science Guest Speaker Series, both discussions are free and open to the public.

Since retiring in 2013, Young has been writing and speaking. He is fluent in Russian and Chinese.

A U.S. diplomat for more than 33 years, Young has fulfilled assignments in Washington, Taipei, Moscow, Beijing, Kyrgyzstan and Hong Kong. He has served as U.S. ambassador to the Kyrgyz Republic, Consul General to the Hong Kong and Macao special administrative regions, and director of the American Institute in Taiwan.

Young earned a B.A. at Wesleyan University and a Ph.D. in history at the University of Chicago.

In addition to the Political Science Department, the presentations are sponsored by the Clark Center for International Education and a grant from the Taiwan and Asia Program, Wake Forest University.