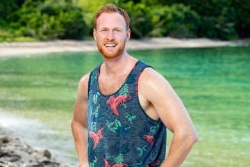 
Tommy Sheehan ’14 had two dreams as a child.

One, he wanted to teach fourth grade.

Two, he wanted to go on the hit reality show “Survivor.”

Sheehan teaches fourth grade at Floral Park-Bellerose Union Free School District on Long Island. His passion for teaching — he is known to jump up on desks and rap about long division — was what sealed the deal in his application process for “Survivor.”

Sheehan was featured in the latest edition of Moments, SUNY Cortland’s monthly alumni enewsletter, and he also did an interview with Parade.