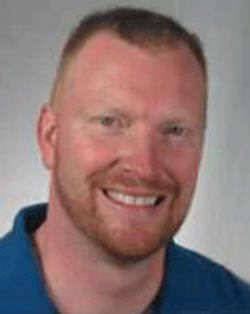 
Rob Shutts was promoted to director of facilities planning, design and construction, reporting to the Facilities Management Office, which announced the change May 14. He replaces Jeffrey Lallas, who retired in July 2014. For almost a year, Shutts has served as interim co-director of the Facilities Planning, Design and Construction Office alongside Juanita Larrabee. He joined SUNY Cortland in 2011 as facilities project coordinator. Previously, Shutts was a senior designer/project architect for Syracuse architectural and development firms. A licensed architect, he earned a B.A. in architecture from Syracuse University.