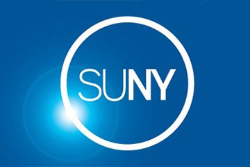 The award recipients are:

The award is presented to students within the SUNY system’s 64 schools who have been recognized for their academic success and have excelled in other aspects of their college lives as well. This can include leadership roles, campus involvement, athletics, career-related pursuits, community service or achievement in the arts.

“It is my honor to celebrate the achievements of students who have surpassed SUNY’s highest standards of academic excellence and leadership both on and off campus,” said SUNY Chancellor Nancy Zimpher. “Every student we recognize today has demonstrated a strong commitment to their degree program, home campus, greater community, and much more.”

Along with this year’s honorees, 84 SUNY Cortland students have earned the Chancellor’s Award for Student Excellence since the program began in 1997.

Here’s a closer look at each of the honorees:

Braun came to SUNY Cortland to pursue a kinesiology degree and had a passion for playing baseball. He ended up in political science with an excitement for public policy and administration.

Recently Braun was one of 18 students selected to represent all 600,000 SUNY students at the State University’s annual conference discussing critical issues in higher education. He represented SUNY Cortland in the annual Model European Union Simulation in New York City and Brussels, Belgium as a delegate and was one of the top competitors in the Eastern Region.

“If you develop the capability to verbalize your own thoughts in a passionate and intellectual way, then the sky is the limit,” Braun said.

Braun began his journey into leadership as recruitment chair for Delta Chi fraternity and then ran for president in his sophomore year. This role allowed him to travel around the country with the fraternity, fueling his desire to lead.

As a transfer student, Lynch embraces the chance to take advantage of the multitude of opportunities SUNY Cortland brings her way while excelling in the classroom.

Lynch served as student coordinator of American Red Cross blood drives on campus, helping to coordinate workers and more than 100 donors to reach goals while distributing posters and promoting the blood drive on social media.

Inducted into the Tau Sigma National Honor Society for academic excellence and involvement for transfer students, she was selected to present at the society’s 2016 Leadership Conference in Orlando, Fla.

Lynch was chosen as one of 13 Alpha Sigma Alpha sorority sisters from different chapters nationwide to attend the 2016 Alpha Sigma Alpha Service Immersion Experience in Oahu, Hawaii. She also was inducted into the sorority’s Hermes Society of academic excellence.

Lynch has made the President’s List every semester since transferring in Fall 2014, having maintained a cumulative GPA of 4.09, and earned many College scholarships.

Outside the classroom, she served as an orientation assistant, tour guide, transfer buddy, sister of Alpha Sigma Alpha, as well as attaining internships across campus.

“Working in, and experiencing, several different offices from my internships around campus has inspired me to pursue a master’s degree in the higher education field,” Lynch said.

“Before coming to Cortland, I didn’t have the social skills that I have now,” Lynch said. “I have grown as a communicator, a leader, and as a person. Every opportunity I’ve taken has directly prepared me for my future.”

As a four-year multi-sport athlete, Schumann is the embodiment of hard work and dedication.

She presented a research project at the 2016 American College of Sports Medicine Mid-Atlantic Regional Conference where she was selected as a top five finalist for the Matthew Kerner Undergraduate Research Award out of nearly 100 entered abstracts.

“By creating good connections with professors, you not only have guidance when making tough decisions about education, or life in general, but you will also have great relationships that you can keep after college,” said Schumann.

A member of the Phi Kappa Phi interdisciplinary honor society, Schumann made the President’s List three semesters. She is a teaching assistant for Anatomy and Physiology I and II and Exercise Physiology and a supplemental instruction leader for biology.

Schumann earned U.S. Track and Field and Cross Country Coaches Association All-Academic Cross Country honors in the 2014 and 2015 seasons. The award is given to athletes placing in the top 25 percent at an NCAA Division III regional with a GPA of at least 3.3 on a 4.0 scale.

As a volunteer at the College’s cross country and track and field community clinic, she demonstrated team values and the responsibilities required of a collegiate athlete to local high school runners.

“It is important to explore every option or major that interests you,” Schumann said. “But if you do not know what you want to do, there is plenty of time to figure it out.”

Schumann will start the Doctorate of Physical Therapy program at SUNY Upstate Medical University in June. She plans to become a pediatric physical therapist.

As a senior captain of the SUNY Cortland women’s gymnastics team, Sweeney is no stranger to hard work.

Not only does the Staten Island native set the perfect example of balancing time between academics, athletics and extracurricular activities, she excels at all three.

Sweeney takes pride in her captain position of the gymnastics team where she specializes in balance beam and floor exercises. She also gives her time to volunteer as a gymnastics coach for the children of the Cortland community.

As a science student, Sweeney researched the respiratory system with histology specialist and SUNY Cortland Professor of Biological Sciences Louis Gatto. Along with a research team from SUNY Upstate Medical University, her abstract based on work done in the lab at SUNY Cortland was published in the Federation of American Societies for Experimental Biology journal. Her findings were presented October 2016 at the American Association for Respiratory Care research conference in San Antonio, Texas.

Sweeney is vice-president of the Pre-Med Club, a member of the Sexual Health and Awareness Club and a tutor for the Educational Opportunity Program.

Her proudest achievement at SUNY Cortland is seeing her hard work pay off, as she plans to pursue a medical degree next fall and become a physician.

“I am grateful to receive this award as it reflects the diverse opportunities SUNY Cortland has given me, as well as the inspiring mentors that guided me through my educational journey at SUNY Cortland,” Sweeney said.