In/Civility Series Continues in the Spring 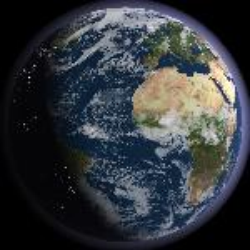 
SUNY Cortland’s Cultural and Intellectual Climate Committee (CICC) will continue its yearlong “In/Civility” series on Tuesday, Feb. 28, with a screening of the film “Dead Man Walking.”

The series — which continues throughout the spring semester — features an array of conferences, workshops, lectures and film screenings that are free and open to the public, unless otherwise noted.

“In choosing the title, we meant to direct campus attention to the fine line that exists between civility and incivility,” said Scott Moranda, an associate professor of history and the chair of the CICC.

“Without civility, no conversation, no discussion, no agreement is possible,” said Moranda. “We seek to raise questions about the benefits and the threats of both. The discussion hopefully will provide insight in how to better live in a stage of civility.”

“Dead Man Walking” will kick off the series’ spring events at 7:30 p.m. on Tuesday, Feb. 28, in Sperry Center, Room 105. Starring Susan Sarandon and Sean Penn, the movie tells the story of a nun who forms a special relationship with a prisoner on death row.

Other spring events in the “In/Civility” series include:

• “Racial History My Teachers Never Told Me About,” a workshop led by Joe Feagin, a prominent scholar from Texas A&M University, will be held at 12:30 p.m. on Wednesday, Feb. 29, in Brockway Hall Jacobus Lounge. Feagin also will deliver the keynote Black History Month lecture, “Racial Diaries of White and Black Students: No Post-Racial America,” at 7 p.m. the same day in Sperry Center, Room 105.

• “The Death Penalty: A Teach-In,” a student-led discussion about the ineffectiveness and racial bias of the death penalty in the American justice system, will be held at 6 p.m. on Thursday, March 1, in the sculpture pit of the Dowd Fine Arts Center.

• The Multicultural Life and Diversity Office will host its third annual Student Conference on Diversity, Equity, Inclusion and Social Justice from 9 a.m. to 4 p.m. on Saturday, March 17. This year’s theme is “BEing Civil is All about BEing Human,” with Emmy-winning news anchor and keynote speaker Felipe Luciano discussing civility and social justice. The registration fee is $20 for students, $25 for college faculty and staff, and $19 for alumni. Events tied to the conference will be held in Corey Union and Sperry Center.

• Following the 2 p.m. performance of the Performing Arts Department’s production of “Violet” on Sunday, March 25, audience members are invited to ask questions and discuss the musical with the actors in the Dowd Fine Arts Center Theatre. “Violet” takes place in the Deep South during the Civil Rights Movement and explores themes of identity, faith, love and trust.

• Joanne B. Freeman, a professor of history at Yale University, will explore the physical violence in the U.S. Congress between 1830 and the Civil War in her current research project, in a talk titled “The Field of Blood: Congressional Violence in Antebellum America.” The lecture will be held at 4:30 p.m. on Monday, April 30, in Brockway Hall Jacobus Lounge.

To stay current with announcements regarding the series’ events, visit its Facebook page. For more information, contact Moranda at (607) 753-2052.