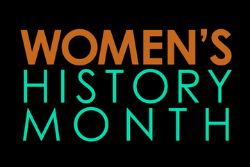 
Ithaca College Professor Asma Barlas was forced to flee her native Pakistan and seek asylum in the U.S. after criticizing her country’s former leader and questioning some interpretations of Islam.

And economist Nancy Folbre has questioned the very foundation of our economic system during a career focused on understanding why women throughout the world are compensated less for the work they do than men.

Those are just some of the experiences and perspectives that will be shared at SUNY Cortland in March as the College celebrates Women’s History Month with a packed schedule of events.

This year’s theme is “Visionary Women: Champions of Peace and Nonviolence.”

“Each year we look across campus and around the world to find speakers and topics,” said Jena Nicols Curtis, professor in the Health Department and coordinator of Women’s, Gender and Sexuality Studies. “This March, I’m especially excited because will have so many new voices, issues and identities represented.”

The College opened Women’s History Month with “TransAction,” a day-long conference focused on making campus more inclusive of people who are transgender or non-gender conforming on March 1 in Corey Union Exhibition Lounge.