Army ROTC will Return to Campus this Fall 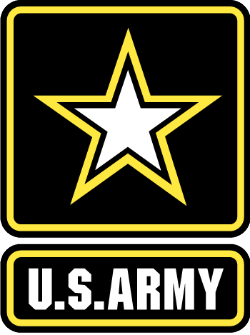 
For the first time since 1993, the Army Reserve Officer’s Training Corps (ROTC) will have a presence on the SUNY Cortland campus this fall.

The College Faculty Senate on Feb. 14 unanimously approved a request to allow ROTC instructors to use classroom space on campus for military science courses. For some years, SUNY Cortland ROTC students have been transported to Cornell University in Ithaca, N.Y., for classes.

“The big objection to ROTC on campus was ‘Don’t Ask, Don’t Tell,’” said Senator David Miller, referring to the now-ended federal policy toward gays in the military. “That’s no longer an issue, so this makes sense. I think it will be great for the College.”

Campus opposition to the controversial “Don’t Ask, Don’t Tell” policy, under which gay and lesbian members of the armed forces were forced to hide their sexual orientation or face expulsion from the military, led to the disbanding of SUNY Cortland’s ROTC program.

The repeal coincides with an increasing interest in the ROTC program at SUNY Cortland, according to College President Erik Bitterbaum. That, in turn, led instructors with the Cornell University ROTC program to ask College officials for classroom space to accommodate its Cortland students in the fall.

“We have the available space,” President Bitterbaum said. “This will allow students who have this interest to stay on campus and not have to travel in a van to Ithaca.”

Currently, 12 SUNY Cortland students are part of the Excelsior Battalion housed at Cornell. The battalion of roughly 100 cadets includes students from Binghamton University, Elmira College and Ithaca College in addition to SUNY Cortland and Cornell.

“You’ve got to say SUNY Cortland’s doing a pretty good job with its numbers, especially considering there hasn’t been a major presence on campus,” said retired Maj. Kevin Swab, a senior military science instructor for the ROTC.

Successful completion of the four-year program results in a cadet being commissioned as a second lieutenant, a platoon leader in charge of 20 to 30 soldiers. Courses, however, aren’t limited to people seeking careers in the military, Swab said.

The basic course, the first two years of the ROTC experience that now will move back to the SUNY Cortland campus, does not require a commitment to join the Army unless a student is awarded an ROTC scholarship. A one-hour class and a leadership lab each week promise college credit and superior skill training, Swab said.

“It’s a way for people to be exposed to the military and understand it isn’t like what they see in the movies,” he said.

ROTC cadets sign a contract in their third year to join either the Army, the National Guard or the Army Reserve. After studying basic courses on the SUNY Cortland campus, students who opt to sign the contract will travel to Cornell for their advanced courses.

Swab spent more than two decades in the armed forces between his National Guard and Army service. He commisioned through the ROTC and now he trains future military leaders in Central New York.

“I know what ROTC did for me,” Swab said. “Even if I hadn’t gone the military route, it would have been worth it, just for the leadership skills.

For more information on the Army ROTC, visit its website.