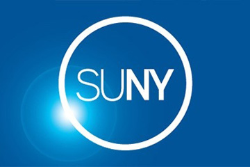 
Two SUNY Cortland seniors and two recent graduates were honored with one of the State University of New York’s top student awards in Albany, N.Y., on April 2.

The College’s recipients of the 2015 SUNY Chancellor’s Award for Student Excellence are:

The award is given each year to students from SUNY’s 64 campuses who have demonstrated academic excellence while balancing leadership roles, campus involvement, community service and achievement in the arts, athletics and/or career related pursuits.

The College’s 2015 recipients exceeded those criteria.

Each year, SUNY campus presidents establish a committee to review and select outstanding graduating seniors. The nominees are forwarded to the Chancellor’s Office for a second round of review and the selection of a group of finalists. Each honoree receives a framed certificate and a medallion to wear during Commencement.

Including this year, 76 SUNY Cortland students have earned a Chancellor’s Award for Student Excellence since the program was created in 1997.

Here’s a more in-depth look at each 2015 SUNY Cortland honoree:

Clarke not only took advantage of all the opportunities SUNY Cortland has to offer but maintained academic excellence.

Named seven times to the College’s President’s List for achieving grades of A-minus or better in each of his courses for a given semester, Clarke nevertheless took the time to serve as vice president of the Black Student Union, secretary to the Residence Hall Association and member of the Diversity Conference Committee. He studied abroad, was a teaching assistant, an orientation assistant, a resident assistant and a tour guide. 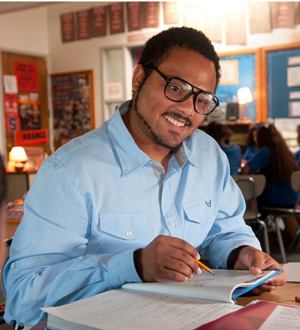 Clarke participated in the annual Coat Giveaway drive on behalf of the Cortland County Community Action Program, Inc., collecting donated items on and off campus for those in need. He helped run the Cortland Nites programs offered by the campus as a safe alternative student weekend activity.

Clarke was recognized among the individuals who advocate for diversity and social change for all students, faculty and staff with the Unity Champion Award.

For two years in a row, a committee of student and staff members chose him for the Outstanding Student Leader Award. The Student Government Association also recognized his leadership skills and he earned the James F. Casey ’50 Scholarship for his commitment to the residence hall programs.

From 2012 to 2014, Clarke was enrolled in the Cortland’s Urban Recruitment of Educators (C.U.R.E.) Scholarship and Program, which helped support his education and involved his commitment to teach for two years in an urban area. The C.U.R.E. program aims to improve the quality of education for New York state children in urban communities.

Clarke earned the C.U.R.E. Award, presented to the top senior who has demonstrated best practices in urban education, as well as the Peter F. Eisenhardt ’67 and Susan Fish Urban Teacher Education Scholarship.

Campus community members might recognize Cox from the College’s Academic Convocation ceremony, where she spoke in 2013. They might also know her as the president of FIT Club, a resident assistant for Residence Life and Housing and the residential coordinator for the Educational Opportunity Program (EOP) Summer Institute.

She’s a familiar campus leader and the personification of academic success at that. As an education major, Cox said one of the most meaningful experiences at SUNY Cortland was her Block 1 Teaching Preparation course. 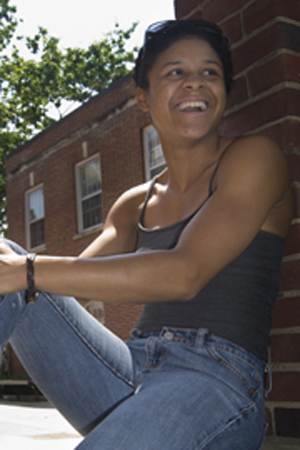 “I could not wait to get to class every day because the classroom community was so uplifting and special,” she said. “Although I faced many challenges during the teaching block, the amount of peer and staff support at such a critical time truly meant the world to me.

“This experience taught me the true meaning of community and the power of helping others and working together to achieve your goals.”

Cox has earned a spot on the Dean’s List for seven consecutive semesters and the President’s List during the spring and fall of 2014. She also has won several scholarships. They include the Cathleen McDermott Lavelle ’91 Scholarship for Student Leaders, the James F. Casey Scholarship and the Vice President for Student Affairs Merit Scholarship.

The Institute for Civic Engagement recognized Cox for her contributions to community agencies and social change last year. Additionally, EOP presented Cox the Fraser Stokes Award for her service to the program and the College on top of her high academic achievement.

As a personal trainer for the Recreational Sports Department, Cox also led exercise classes in the College’s fitness facility for three years.

When she first applied to be an orientation assistant (OA) at SUNY Cortland, Kelly doubted her ability to land the job — one that requires an outgoing personality, a passion to help and a tireless work ethic. For the dual major in Spanish and communication studies with a 4.09 cumulative grade point average, it was an innocent and rare mistake. Her college career — one filled with awards, scholarships and leadership positions — was propelled by those exact qualities.

“I loved the job so much that I repeatedly said ‘this is the kind of job you would do for free’ because it’s just so much fun and so rewarding,” said Kelly, who returned as an OA for a second summer before assuming a newly created administrative coordinator position for Advisement and Transition. “The reason why I feel Orientation has been so crucial is because of the connections I made and the confidence I gained.” 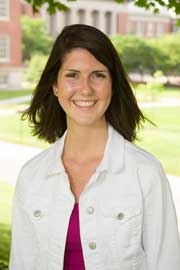 Her face would become familiar in many campus offices; she went on to excel as the student coordinator of Cortland Study Abroad Promotion for the International Programs Office, an events assistant with the Campus Activities Office and a social media specialist with the Public Relations Office. Kelly even served as President Erik J. Bitterbaum’s teaching assistant in the Cortland Experience (COR) 101 course he leads.

Kelly’s name also became common at scholarship and award ceremonies. A President’s List honoree every semester, she is a member of the Phi Kappa Phi and Phi Beta Delta International honor societies as well as a past recipient of the Irmgard Mechlenburg Taylor Award, which is presented to the Phi Kappa Phi member with the highest GPA in the School of Arts and Sciences.

An eagerness to learn abroad spurred Kelly’s studies at the University of Salamanca in Spain as a junior. She’ll return to Europe in the fall for a teaching opportunity in Madrid she earned through the Council on International Educational Exchange (CIEE).

“One thing I have to say about Cortland and college in general is that the experience is what you make of it,” Kelly said. “You have to take risks and put yourself out there. You have to be bold but polite and confident yet humble. For me, this has been the biggest key to success.”

Studin excelled not only in athletics, sport management and languages, but as a highly visible student leader until her graduation last August.

She captained women’s golf for three of her four years on the team and assisted the team coach with motivation, game play and helping young players balance school and the game.

A three-time Academic All American on the National College Golf Association’s Scholar Golf Team, she was named to the 2012-13 Coaches Association All-East Region Team in Division III. The National Collegiate Athletic Association (NCAA) presented her with its 2014 Elite 89 Award, reserved for athletes with the highest grade point average while competing in sports at the national level. 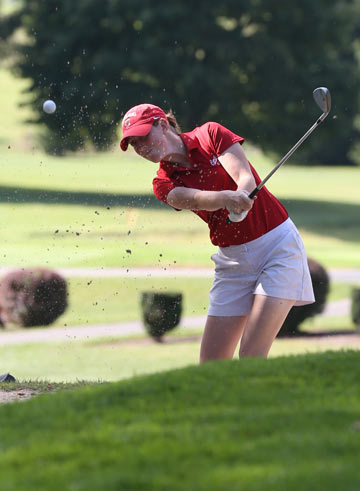 As a co-chair of the Suzanne Wingate charity Golf Tournament in 2012, she organized an 85-person tournament that raised funds for the Cortland Junior Police Academy. As co-chair of an on-campus honorary organization serving as a liaison between academics and student living, she arranged a “trick or treat” canned food drive on behalf a local charity. While studying abroad in Costa Rica, she tutored children at an orphanage.

The Sport Management Department bestowed on Studin its highest honor, the Suzanne Wingate Scholarship Award, for her genuine commitment of time and effort to the College and program; the  International Sport Management Award, for her support of the department’s study abroad initiatives; and  academic awards in her sophomore and senior years.

Studin was secretary of the Spanish Club as a senior and, as a junior, was honored for her mastery of language skills and cultural understanding by the Modern Languages Department with an Excellence in Spanish Award.