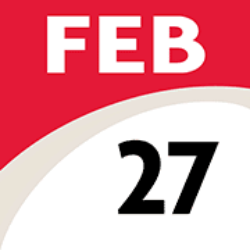 
The College’s first-ever 24-hour fundraising challenge raised a total of $102,857 to support scholarships, undergraduate research, athletics and other priorities, more than tripling the number of donors in its initial goal.

On Thursday, Feb. 27, a total of 871 people responded to the 2/27 Challenge, named to signify both the date of the event and the original target of 227 challenge day donors. That target moved higher throughout the day, buoyed by three challenge gifts of $10,000 that raised the bar as each goal was met.

“What an extraordinary day and what a remarkable show of support for the College.”

Gifts were submitted online, called in over the phone and delivered in person from alumni, students, employees and friends of the College. They ranged from $1 to several thousand dollars.

The challenge’s initial guidelines stipulated that if 227 people made a gift of any amount to the College, longtime College supporter Louise M. Conley would give $10,000 herself. That goal was achieved before noon, so Conley, the Cortland College Foundation Board chair, doubled her offer to $20,000 if SUNY Cortland supporters could duplicate the initial goal.

“The spirit behind this endeavor was most impressive,” said Conley, the granddaughter of Francis. J. Cheney, the former principal of Cortland Normal School, which ultimately became SUNY Cortland. “I assumed we could easily surpass the first goal. The final number exceeded even my highest expectations.”

With more than 454 gifts submitted by the early evening, Cortland College Foundation Board member Anthony Moon ’86 stepped forward and offered a third and final challenge: another $10,000 in exchange for 600 total gifts for the day.

Student callers, working the phones throughout the day, helped surpass that challenge with time to spare.

“What a day,” said Jennifer Janes, the director of The Cortland Fund. “There aren’t enough thank yous to go around — to Louise and Anthony for offering their challenge gifts, to staff members and students who worked to collect donations and, most importantly, to every single person who fueled the day’s spirit, whether it was with a $1 gift or a word-of-mouth mention.

“Cortland people have a reputation for conquering challenges and surpassing expectations, and that’s exactly what we witnessed with the 2/27 Challenge.”

People who made gifts to the College had the opportunity to designate their funds for a certain area of campus, as they do every day, Janes said. The challenge incentive simply gave a push to a collective, single-day effort.

“Many donors who called or made gifts in person mentioned the day’s excitement,” Janes said. “They also mentioned the SUNY Cortland people and programs that matter to them.

“In the end, that’s what the day was about — building excitement and attempting to raise the funds that will help those types of experiences to continue.”