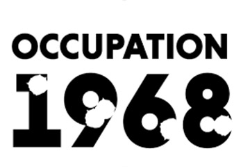 
Five countries of the Warsaw Pact occupied Czechoslovakia in 1968.

The historic events unfolded as reformers in Czechoslovakia sought to overturn Stalinism, revive a stagnant economy and return socialism to its utopian roots.

Fifty years later, five movie directors from these countries produced short films about the resulting Soviet Union-led invasion from the point of view of the people who took part in it.

On Wednesday, Nov. 28, and Thursday, Nov. 29, SUNY Cortland’s Project on Eastern and Central Europe (PECE) will present “Occupation 1968,” a unique opportunity for the campus and community to see those films with a presentation by a campus community member whose family lived through it.

“If you have an interest in film, history or human rights, you will not want to miss these films,” said organizer Scott Moranda, a SUNY Cortland associate professor of history.

“But we are showing it as part of our year-long commemoration of the 50th anniversary of the 1968 global revolutions,” he said.

The five films, each about 25 minutes long, will be screened a few at a time. On Nov. 28, the series begins at 7 p.m. in Sperry Center, Room 106. Before the first two films are shown that evening, Jaroslava Prihodova, interim director of SUNY Cortland’s Dowd Gallery, will briefly present on her father’s own experience of the Warsaw Pact invasion.

On Nov. 29, the rest of the series continues with the remaining three movies starting at 4:30 p.m. in Sperry Center, Room 106.

The circumstances leading up to the “Occupation 1968” unfolded in a rather low-key manner. Activists undertook what was described as “Socialism with a human face,” inspiring many around the globe. However, after a tense period of uncertainty, the Soviet Union cracked down on what it saw as a dangerous deviation from the party line.

On Aug. 20 and 21, 1968, the Soviet Union engaged troops of the Warsaw Pact — East Germany, Bulgaria, Romania and Hungary — in an invasion of the Czechoslovak Socialist Republic to dissolve reformist attempts originating from the capital. It was known as Prague Spring.

“It was a period of time that is described as Normalization, which was a direct reaction to implementation of regime reforms by the government before the 1968 invasion of Czechoslovakia by the Warsaw Pact army,” said Prihodova. She was born eight years later in 1976 in Varnsdorf, Czechoslovakia, a town bordering East Germany.

Prihodova said her father picked up a camera and captured the events from the family’s home in a small village close to the East German border, commonly known as Sudetenland.

The events are co-hosted by the History Department and the Clark Center for Global Engagement and are made possible by funding from Auxiliary Services Corporation. Contact Moranda for more information at 607-753-2052.