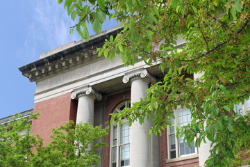 
The SUNY Cortland Alumni Association will present its most prestigious honors to six graduates during the 2015 Alumni Reunion Weekend luncheon in Corey Union on Saturday, July 11.

The 2015 Distinguished Alumni Award recipients are:

Since 1968, 120 SUNY Cortland graduates, including this year’s honorees, have received the Distinguished Alumni Award for their career accomplishments and outstanding service to their community and alma mater. In addition, 22 alumni have been recognized with Distinguished Young Alumni awards, reserved for alumni who are younger than 35 years old and have graduated in the last 10 years. Since 1999, 11 alumni have been honored with Outstanding Alumni Volunteer awards.

Here’s a closer look at the six graduates:

As a professor, higher education administrator and coach, Sullivan has excelled in multiple roles during a distinguished career stretching more than 40 years. The longtime George Washington University faculty member and former women’s volleyball coach has taught and published in fields that include physical education, exercise science and most recently coaching education. She continues to serve on the faculty at Massachusetts College of Liberal Arts (MCLA) in the departments of education and psychology.

“From my first teaching job through the present, my primary professional goal has been to instill in others the educational foundation, the professional pride and the confidence to lead that I gained under the guidance of Cortland faculty members and mentors,” said Sullivan, a former physical education major and 2001 SUNY Cortland C-Club Hall of Fame inductee. She went on to earn a master’s degree from Smith College and a doctorate from George Washington University.

She amassed more than 400 career women’s volleyball wins between stints at the University of Nebraska and George Washington University. In 1987, Sullivan made the move from the court to the classroom and went on to spend the majority of her teaching career in the Exercise Science Department at George Washington. She served many roles, from coordinator of the basic activity program to supervisor of graduate teaching assistants to department chair, and was named professor emerita in 2007.

Sullivan proved vital in the establishment of the National Council for Accreditation of Coaching Education in the late 1990s and served as the organization’s president when it granted accreditation for the first time. She developed an undergraduate coaching minor at MCLA after her retirement from George Washington and also has designed a coaching content area that is part of the institution’s master’s program in education.

For 25 years, Case has presided over one of the nation’s most successful junior college athletic programs as director of athletics at Gloucester County College (GCC) in Sewell, N.J. The success is evidenced both by national titles won on the field and the personal awards recognizing Case’s leadership. On four separate occasions, the National Association of Collegiate Directors of Athletics (NACDA) has named him athletic director of the year for two-year colleges, making Case the first four-time recipient of the award at any collegiate level.

“During my entire career it has been my goal to become the type of professional that would have made all of my past instructors and mentors at Cortland proud of me as one of their former students,” said Case, who also serves as dean of health, physical education and recreation at GCC.

Several larger organizations have depended on Case’s leadership, including the executive committees for NACDA, NATYCAA and Collegiate Athletic Administrators of New Jersey (CAANJ). Past awards include the CAANJ’s Garden State Award, the NATYCAA’s William Miller Award and GCC’s Medallion Award for Service to the College and Community. Prior to arriving at GCC in 1991, Case coached women’s soccer and softball at Colgate University from 1987 to 1991. From 1979 to 1987, he held several positions at Penn State’s Delaware County campus, including men’s basketball coach, men’s soccer coach and athletic director.

Long before she was an authoritative history professor with more than a dozen book chapters and scholarly articles to her credit, Vecchio was a non-traditional undergraduate student pursuing grant-funded research under legendary faculty members at SUNY Cortland. Back then, a National Endowment for the Arts grant supported work with Frank Burdick, professor emeritus of history, examining her native Cortland’s immigrant community. Today, Vecchio is a professor and chair of the History Department at Furman University in Greenville, S.C., as well as a nationally respected voice on several topics, specifically the experiences of Italian immigrants in America. 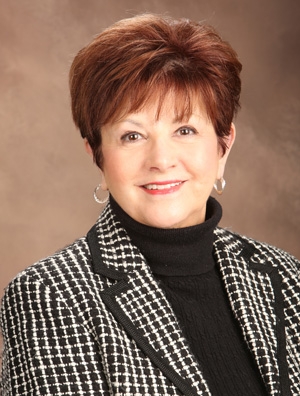 “Since the day I began to teach, I molded myself after the excellent professors that I had at Cortland,” said Vecchio, SUNY Cortland’s 2006 Scholars’ Day keynote speaker.

Vecchio also ascended the ranks within the Educational Testing Service Advanced Placement (AP) program between 1995 and 2005, eventually earning the title of chief reader for the AP U.S. History exam. In that role, she trained more than 1,100 historians reading tests of students seeking high school credit. To young minds across the country, especially those who sit in on her history classes, she has cultivated a scholarly interest in the past.

“School saved my life,” he said. “My life experiences made me believe in school as the great equalizer.”

At SUNY Cortland, he received a Master of Science in Education in 2006 as well as two Certificates of Advanced Studies (CAS), in educational leadership in 2009 and another in school business leadership in 2013.

“By furthering my study in educational leadership at SUNY Cortland, I was able to leverage my professional practice to help students in circumstances similar to my own achieve their dreams by having schools that truly work to support them.”

Already at Union Springs, he has led his district to implement a one-to-one ratio teacher-laptop program to allow for improved classroom instruction and fostered a successful vote to establish a Capital Reserve Fund.

As principal at Ithaca High School from 2011 to 2014, he cut student disciplinary referrals by more than half and, with attendance up by 18 percent, increased the student achievement level, leading to the school’s removal from “School in Need of Improvement” status. Powers encouraged peer observations to be completed by classroom teachers on a large scale to help teachers get to know each other and their teaching practices.

As a social studies teacher and associate principal in the Ithaca district for the previous seven years, he created the Advanced Placement Human Geography program and actively recruited non-traditional students — including individuals needing special education, academic intervention services or ones performing at the Regents level.

It’s hard to find another person who takes the giant task of organizing her classmates to have a wonderful Alumni Reunion as seriously as Peck. It’s more like a calling than a job to her.

For many years, she has been actively involved in many facets of the College’s Alumni Association, including organizing Class of 1956 reunions, fundraising campaigns and various other alumni events. 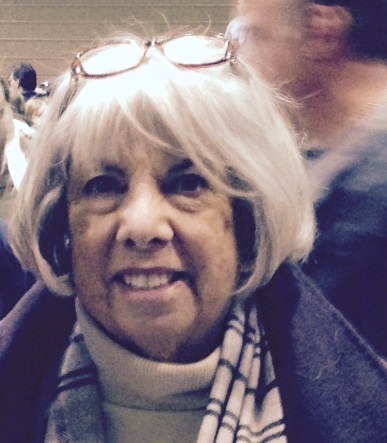 Peck has co-chaired her 50th, 55th and soon-to-be 60th reunions. She never shirks the detailed, hard work behind a successful gathering. For example, Peck designed the logo for her class, arranged for shirts, hats and tote bags to be printed with it, took orders and received payment from classmates and then distributed the memorabilia.

She also once wrote the lyrics to a class song, to be sung at the Reunion luncheon. On the Alumni Activities Committee, Peck and Gordon Valentine ’68 together developed the popular “Cortaca in a Crate” kit complete with the football rivalry’s history and party staples for those desiring to host a get-together.

If she can’t reach a former classmate by telephone, she will gladly pen a personal letter. And her class committee members who help make those personal calls and write those friendly missives receive from Peck an allotment of carefully prepared contact lists organized by locale, fraternal organizations, education major, sport team participation and so on.

“Volunteering has provided me with an opportunity to express my gratitude to Cortland for an outstanding education, lifelong friendships and a livelihood bar none,” Peck declared. “It also keeps me abreast of the newest innovations and has allowed me to witness (the College’s) growth since the 1950s era.”

Peck is married to Alexander Peck ’57. The couple has four sons.

Silsby has enjoyed an amazing run as a professional in the field of parks and recreation, but according to two classmates who are his professional peers, it’s his devotion to his alma mater that really calls for recognition. 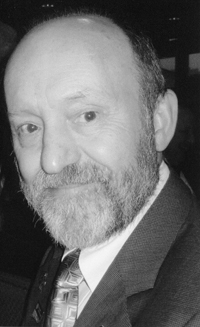 During his more than 41-year professional career, he also headed the Town of Tonawanda and City of North Tonawanda recreation departments.

He has attended more than 45 recreation conferences at SUNY Cortland as a student, professional or retiree. For 22 years, Silsby was chairperson and member of an alumni advisory committee to the College’s Recreation, Parks and Leisure Studies Department.

As a 28-year member of the SUNY Cortland Metcalf Foundation Board of Directors, he has served as the group’s guiding light. Walking in the footsteps of his revered mentor the late Professor Harlan “Gold” Metcalf, Silsby spearheaded the creation of a currently $150,000 endowment fund that supports student programming both on campus and at the William H. Parks Family Center for Environmental and Outdoor Education in the Adirondacks. One such program that Silsby initiated is the annual Hearts of Gold Reunion at the College’s facilities on Raquette Lake, which brings together students with alumni as professional mentors.

Silsby has annually contributed to the Metcalf Endowment as well as The Cortland Fund and twice volunteered on Class of 1969 reunion committees.

Over the years, students have experienced hands-on learning out in the community as interns under Silsby’s guidance. His leadership and accomplishments inspire those who are privileged to meet him through the civic educational opportunities or his campus involvement.