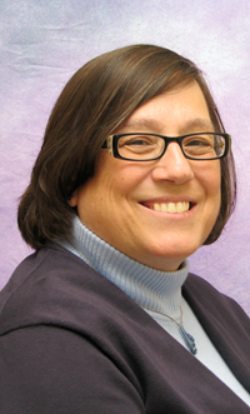 
Carol Clarke, who directed administrative operations for the Webster Central School District in Webster, N.Y., was named coordinator of the Access to College Education (ACE) program. She began her duties on March 1.

Employed by the Research Foundation of SUNY, she replaces Michael Ouckama of Ithaca, N.Y., who coordinated the ACE program for 13 years and retired on Feb. 29.

The ACE initiative reflects one of SUNY’s statewide goals: The creation of a seamless education pipeline that prepares students for eventual success in college and the workforce.

In the Webster District, Clarke directed administrative operations from 2006 to 2010. Prior to that, she was principal at Spry Middle School since 1994. Since joining the district in 1989, she also was curriculum supervisor in mathematics and computers K-12, assistant principal and director of secondary programs.

She previously was employed with the Mexico Academy and Central School for 13 years, first as a mathematics teacher and later for four years as the department chair.

Clarke has served as an evaluator for the New York State Administrative Certification Exams since 2009.

She earned a bachelor’s degree in secondary education, a master of science in education and a certificate of advanced studies from SUNY Oswego.

She and her husband, Glen Clarke, associate director of research and sponsored programs at the College, live in Cortland.

During his tenure with the ACE program, Ouckama focused his energies on program assessment, revamping communication materials, spending more time with the clients and continuing to strengthen relationships between the partnership schools and colleges.

He previously served 24 years as an elementary school principal in the Ithaca (N.Y.) City School District before retiring in 1998.

Ouckama resides in Brooktondale, N.Y., with his wife, Katrina. He has three grown sons, Jonathan, Anthony and Patrick, and four grandchildren.