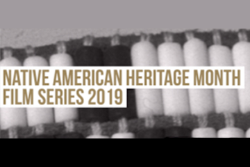 
A film about two Native American judges who strive to reduce incarceration rates and heal their people will open SUNY Cortland’s Native American Heritage Month Film Series 2019 on Nov. 5. The films will be screened on Tuesdays at 4:30 p.m. in Sperry Center, Room 104.

“Tribal Justice” (2007) brings to light a little known but effective criminal justice reform movement in America: the efforts of tribal courts to create alternative systems of justice. There are more than 300 tribal courts in the country. The film features two women who lead the way to stop the school-to-prison pipeline that plagues their young people. “Tribal Justice” was a POV Public Broadcasting Service documentary.

An Inuk filmmaker takes a close look at the central role of seal hunting in the lives of the Inuit in the award-winning documentary “Angry Inuk,” (2016), to be screened Nov. 12. The film presents the importance of the revenue earned from sales of seal skins, and the negative impact that international campaigns against the seal hunt have had on their lives.

“These films attest to the continued vital presence of Native Americans, of course, but also to the importance of Indigenous peoples to the most urgent social issues of our time,” said Daniel Radus, assistant professor of English and coordinator of Native American Studies. “We hope that the Native American Heritage Month Film Series offers to the Cortland community a greater appreciation for the depth and diversity of the Indigenous experience.”

The series is sponsored by SUNY Cortland’s Native American Studies, a grant from the Auxiliary Services Corporation, the Provost and Vice President for Academic Affairs’ Office and the Center for Gender and Intercultural Studies.