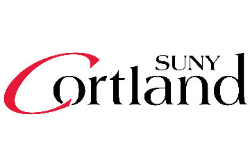 
It’s widely acknowledged that the dedicated efforts of Harry Bellardini ’56, M ’64 have placed the Lynne Parks ’68 SUNY Cortland Alumni House at the center of alumni life at the College.

Bellardini, a graduate of the school who is known as a man who can get things done whether in business, politics or community service, was recognized on Sept. 9 as SUNY Cortland’s 2016 College-Community Appreciation Award recipient. He was honored during a dinner event in the College’s Corey Union Function Room.

A retired account executive with the Great New York State Fair, Bellardini’s tireless and generous contributions of time, effort and business savvy played a pivotal role in pulling the massive project together.

Bellardini also had taught physical education for many years in the former SUNY Cortland Campus School. He served as administrative assistant to the former 33rd District U.S. Congressman Gary Lee and for 10 years was regional advocate for the Small Business Administration. He chaired the Cortland County Republican Party.

A Homer, N.Y., resident, Bellardini has served on the Alumni Association Board of Directors for more than 50 years in many different roles. In 2004, after first taking possession of the historic former Wickwire mansion, built in 1912 by Pierce & Bickford of Elmira, N.Y., the Alumni Association chose him to serve as a liaison to the College on the alumni house development.

During the next four years, Bellardini rallied willing helpers and volunteered countless hours as well as his finely honed business acumen to convert the private residence into a fully operational events center — hosting everything from small gatherings to mid-sized weddings — that also serves as a bed and breakfast.

Bellardini visited some of the nation’s premier alumni houses to get a sense of the depth of their operation and how they served their alumni. He applied his sharp business skills to the job of fine-tuning what the staff had to work with in the daily operational side of the house, such as the furnishings, decorations and supplies.

He proposed dividing the rooms in the house as well as the large garden into sections so donors could name them in honor of their gifts to the house endowment fund. Bellardini negotiated with the owners of furniture manufacturer Audi & Company on the purchase of many Stickley pieces for the house at a reasonable price.

He managed the facelift given to the house and gardens so successfully that he was honored in 2005-06 as the SUNY Cortland Alumni Volunteer of the Year. In appreciation, Bellardini’s former student Julia “Judy” Wright Levine ’64 — who with her late husband Max worked with him to furnish the gorgeous Georgian-style brick mansion on 29 Tompkins St. with their donations — in 2015 honored him with a Parks Alumni House permanent preservation gift in his name, placing him among the Parks Alumni House trustees.

The College-Community Appreciation Award is sponsored by the College Council. It was created in 1985 as a means of thanking persons who have assisted SUNY Cortland in a significant manner. Bellardini is the 32nd citizen to receive the honor.