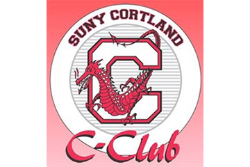 
Seven new members will be inducted into the SUNY Cortland C-Club Hall of Fame during its annual ceremony on Saturday, Sept. 28.
The 2019 honorees are:

In addition to Saturday night's official ceremony, the inductees will be introduced at halftime of the Cortland-Buffalo St. football game earlier that afternoon.
Established in 1969, the C-Club Hall of Fame recognizes Cortland alumni who competed as athletes at the College and who have since distinguished themselves in their professions and within their communities. Honorary members are recognized for their long and significant contributions to SUNY Cortland athletics. New C-Club members have been added annually and this year's ceremony will bring the Hall of Fame roster to 270 alumni and 30 honorary members.

Nominations for next year's C-Club Hall of Fame voting will be accepted until January 15, 2020. The nomination form is available online. A person must be nominated in order to be considered for induction into the Hall of Fame.
A detailed look at this year's inductees is available at CortlandRedDragons.com.

Stanley Kowalski '69 M '72
(posthumous)
Stanley Kowalski was a three-time All-America midfielder for Cortland's men's lacrosse teams as well as a standout football defensive back. The National Lacrosse Hall of Fame (1997) and Long Island Lacrosse Hall of Fame (1989) inductee was a highly successful coach and teacher at Half Hollow Hills High School and in collegiate lacrosse for almost four decades.

Tony Zawadzki '86
Melville, N.Y.
Tony Zawadzki overcame physical handicaps early in his youth and shined as a linebacker for Cortland's football team. A two-time All-American, he is the Red Dragons' leader with 393 career tackles.