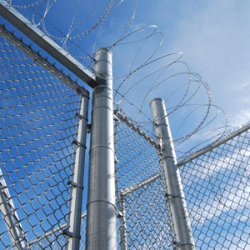 
SUNY Cortland’s yearlong series “Cultures in Conflict, Pathways to Resolution” wraps up with a talk that considers the impact of enacting legislation from the gut rather than the head.

Both are free and open to the public.

Haines will review an American “disorder” in which U.S. lawmakers react hastily to crime panics without thorough foresight. His discussion will touch on several cases throughout history that exemplify the tendency: the Rockefeller Drug Laws, federal drug policy in the 1980s, California’s Three Strikes Law and sex offender registry laws.

“Having researched U.S. crime policy for quite a long time, I’ve learned that three things seem to happen over and over again on issues like drug law, mandatory sentencing and the death penalty,” Haines said. “First, lawmakers often pass sweeping new laws without thinking them through very completely.

“Second, long after it becomes clear that those laws were a terrible mistake, it often takes decades to repeal or change them,” he said. “Third, this sort of short-sighted legislation is more of a problem in the U.S. than in most other countries, because crime is much more politicized here, and because it is much more exploited by the media to attract readers and viewers.”

Haines asserts that political dynamics often delay the legislation from being reversed. By the time corrective measures are taken, significant human and fiscal damages have been done.

The 2013-14 Brooks Lecture Series is sponsored by a grant from Auxiliary Services Corporation (ASC) and the Cortland College Foundation.